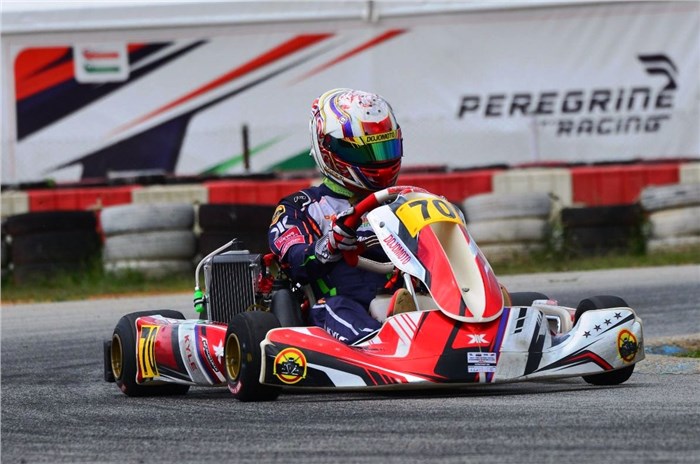 Ruhaan Alva and Aditya Suresh Kamat won the Junior Max and Micro Max titles, respectively. All three champions will now compete in the Rotax Max Grand Finals that will be held in Bahrain between December 11-18.

Kumaran dominated the season, winning nine out of 10 races to secure a total of 441 points. Fresh off his recent win in the Middle East and North Africa (MENA) Nations Cup in the DD2 class, he also took home the awards for Driver of the Year and most number of wins and pole positions.

“This is my first championship in India and I am glad we won it. We were consistent and my team, Peregrine Racing, did a good job and supported me well. I am looking forward to the Rotax Max World Finals. Wearing India colours and racing for Team India is a proud moment and I am eagerly looking forward to the Grand Finals in Bahrain,” said Kumaran.

MSport ended up winning the Teams’ Championship in this category. Rohaan Madesh won the first race of the finale, ahead of Peregrine’s Ishaan Madesh and MSport’s Jaden R Pariat. The final race was won by Alva, ahead of NK Racing Academy’s Veer Sheth and Birel Art’s Abhay M.

In the Micro Max category, Birel Art India's Aditya Suresh Kamat was crowned champion. The MSport duo of Anuj A and Arafath Sheikh finished second and third, respectively. As for the Team’s Championship, Birel Art India bagged the title.

Arafath Sheikh and Aditya Suresh Kumar won races in the finale, with MSport’s Vedha Vishnu finishing second in both races.