Maini’s picked up seven podium finishes – including a race win – to take the overall lead in the 2020 British F3 Championship. 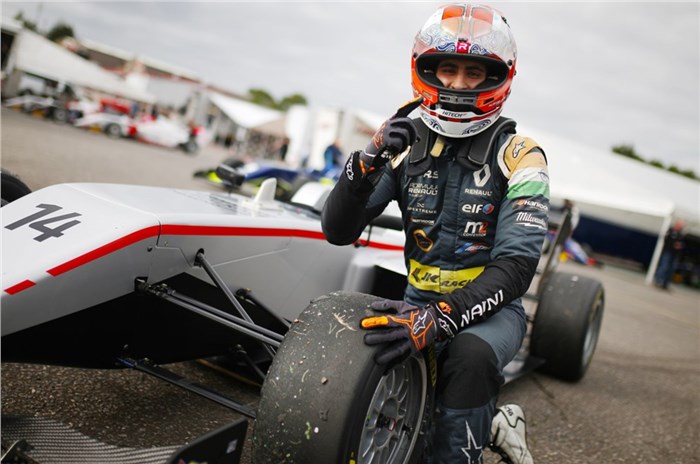 Indian racer Kush Maini has taken the overall lead in the 2020 British Formula 3 (F3) championship after securing his first win of the season at the Brands Hatch circuit.

How has Kush Maini performed in the 2020 British F3 season so far?

Maini’s enjoyed a strong run in the 2020 British F3 season. After finishing on the podium four times over the first seven rounds, he entered the weekend at Brands Hatch 29 points behind former championship leader Kaylen Frederick.

Another string of strong results saw him finish 2nd in the first race of the weekend and 3rd in the third race. This helped him bag pole position for the final race, with the grid determined by the average of each driver’s two fastest laps in the previous races of the weekend.

Maini made a good start to hold the lead down to the Paddock Hill Bend. But before he could pull away, the safety car was brought out on lap 5, bunching up the field once again.

The 19-year-old did well to protect his lead on the re-start and started setting a string of fastest laps to pull a gap of almost 2 secs by the end of lap 10. Douglas Motorsport’s Ulysse De Pauw closed in towards the end, but Maini was never under real pressure and he went on to win the race by 0.782 secs, earning his team – Hitech GP – its first British F3 win in the process.

This is Maini’s first victory in the series since Rockingham in 2018. “I didn’t want to rush it. I just wanted to gather points and I knew the win would come sooner or later, and finally it came so I’m really happy,” he said after the race.

"Hitech gave me a faultless car. They’ve taken 9 podiums in 11 races, the win now, and the championship lead, in their debut year. It’s amazing and I really want to thank them for this amazing opportunity.”

How much of a lead does Maini hold in the 2020 British F3 championship?

Having picked up seven podium finishes – including one race win – over the last 11 races, Maini has leapfrogged to the top of the championship standings. He’s now 29 points clear of second placed Kiern Jewiss.

However, Maini has stressed that he isn’t looking at the overall championship, but is instead focusing on collecting as many points as he can at each race. He said, “For me I don’t look at the championship until the last two rounds to be honest, because in this championship anything can happen like you saw."