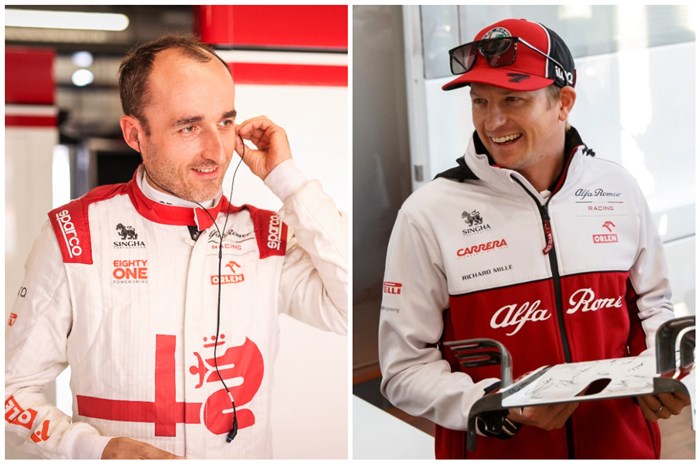 Robert Kubica will step in to replace Kimi Raikkonen at Alfa Romeo for the Dutch GP this weekend after the latter tested positive for COVID-19.

F1 released a statement in the build up to the third free practice session, confirming that Raikkonen has been ruled out of the rest of the weekend. “The FIA, Formula 1 and Alfa Romeo Racing ORLEN can today confirm that during onsite PCR testing for the 2021 FIA Formula 1 Dutch Grand Prix, Kimi Raikkonen tested positive for COVID-19. In accordance with COVID-19 protocols, he will take no further part in this event. All contacts have been declared,” the statement read.

As per Alfa Romeo, Raikkonen is not displaying any symptoms and “is in good spirits”. The Finn, who just recently announced that he would retire from F1 at the end of 2021, has entered isolation in his hotel.

Raikkonen will need a negative test in order to be cleared to race again. So it remains unclear whether he will be able to participate in next week’s Italian GP.

Kubica to race at Dutch GP

Alfa Romeo reserve driver Robert Kubica will take up Raikkonen's place for the team at Zandvoort. This will be his first Grand Grix appearance since his final race for Williams at the end of 2019.

The Polish driver had to put his racing career on hold temporarily after sustaining severe injuries in a rallying incident in 2011. He made his F1 return with Williams in 2019, racing for a season alongside George Russell and later joined Alfa Romeo as a reserve driver.

Kubica has already driven the Alfa Romeo C41 in three practice sessions this year. He’s set to take part FP3 later today, so he does have some extra time to prepare ahead of qualifying.