Kimi completes his first test for the Citroen Junior Team C4 on a gravel test track at Citroen's workshop at Satory in France. 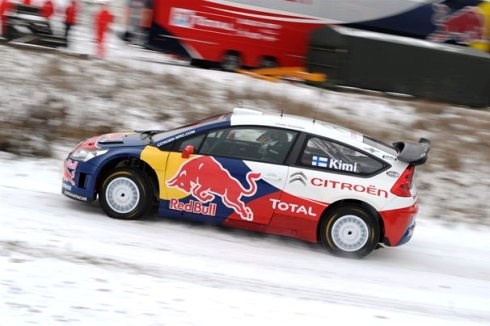 Kimi Raikkonen got his World Rally Championship switch underway in earnest on January 12, when he completed his first test in the Citroen Junior Team C4 WRC that he will use for his maiden full-time rally campaign.

The former Formula 1 world champion completed approximately 50km of running with the car on a gravel test track at Citroen's workshop at Satory in France.

"I very much enjoyed meeting the team properly for the first time," he said. "It was good to try out a few different things; I was very interested to see how the car reacted when you changed some of the settings. Now I'm really keen to get back behind the wheel of the C4 again."

Raikkonen's first competitive run in the car will come on the Arctic Rally in Finland on 28 January, which he is contesting in preparation for the WRC season opener in Sweden on 12-14 February.

Although he contested several national events and the Finnish round of the WRC last year, his previous rallies have been in Super 2000 cars rather than full-spec WRC machines.