Kimi amazes with his rally pace

Kimi crashed, rejoined, and later impressed everyone with his rally pace. 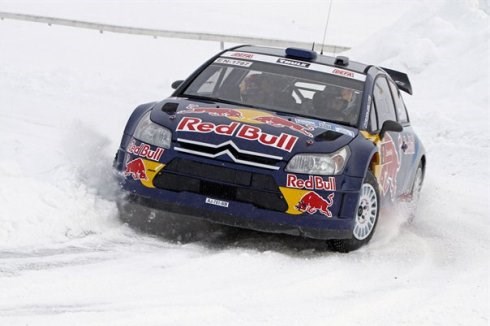 Kimi Raikkonen made the finish of his first event in a full World Rally Car, the Arctic Rally, despite losing half an hour with an early crash.

The Citroen Junior team entered Raikkonen for the Arctic Rally Lapland - a Finnish Championship event - this weekend to give him more pre-season mileage in the Citroen C4 WRC he will use for his World Rally Championship switch this year.

Raikkonen went off and became stuck in a ditch on only the second stage on Friday morning, but was able to continue further down the field after being helped back onto the road by spectators. He felt his driving improved greatly once he had put the accident behind him.

"Things didn't exactly get off to the best start as we went off the road during the second stage," said Raikkonen, who was around 08sec a kilometre off team-mate Dan Sordo's winning pace. "But luckily there was no mechanical damage and I was able to continue in the rally.

"From there it got a lot better for me and we were much more consistent. We put a few more kilometres under our belt, which was vital to help us continue learning the C4 WRC.

"As well as being pleased by our performances I was also pleased by the way we were able to work with the team. We developed our set-up in the right direction and now we are going to continue our work in order to arrive in Sweden in the strongest possible position."

Sordo was the only other entrant in a World Rally Car on the event and duly dominated, winning all 12 stages.