Kenan Sofuoglu to retire after Imola round

Five-time World Supersport Champion will step down from racing after this week’s round in Italy. 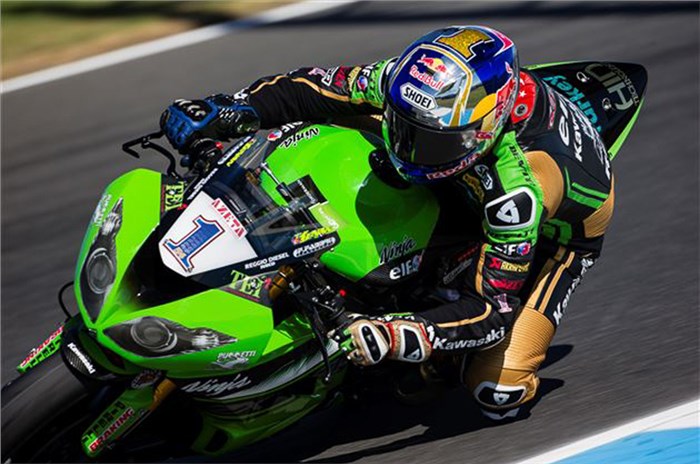 Turkish motorcycle racer Kenan Sofuoglu has announced that he will be competing in his final World Supersport race this weekend at Imola. Having won the championship on five occasions, Sofuoglu is the most successful rider in the history of the World Supersport class, and has previously ridden for the Mahi Racing Team, owned by Mahendra Singh Dhoni.

The last two years of Sofuoglu’s career have been unfortunately marred by injury, with the 33-year-old racer suffering wrist injuries early in 2017, followed by a broken pelvis later in the season. Despite these injuries, Sofuoglu made a comeback at the final round of 2017 in an attempt to defend his championship, but eventually lost out to GRT Yamaha rider Lucas Mahias. After the season, Sofuoglu made the fateful decision to not undergo surgery on his hip in the winter break. This proved to be tragic, with Kenan once again injuring his pelvis at the 2018 season opener in Australia after a rear tyre failure caused him to be thrown violently from his motorcycle.

Shaken by these injuries and wanting to spend more time with his family, the Turk took the decision to end his long and illustrious racing career. His outing at Imola this weekend will be more symbolic than anything else, and will be his first on-track appearance since the first round in Australia.

“I am going to retire from racing this weekend, and I will celebrate my 20 years of racing anniversary this weekend,” Sofuoglu said.

His legacy, however, will live, on with Sofuoglu having trained many young Turkish riders across various classes. He will continue to be present in the World Superbike paddock as a coach to these young riders.

“I have decided to retire from racing earlier than I originally thought, but I can’t say I am sad because I have already coached and trained a few Turkish riders who will carry the flag for me,” said Sofuoglu.

Sofuoglu also rode one year in the World Superbike class in 2008, along with one year in Moto2 in 2011, but neither of these endeavours proved to be as successful as he had hoped. However, his supremacy in the World Supersport class is unmatched; on his way to five WSS titles, Sofuoglu has also amassed an impressive tally of 85 podiums and 43 wins from his 125 classes in the start. We wish him well for the future.