Karun to drive in German GP

Karun to drive in German GP 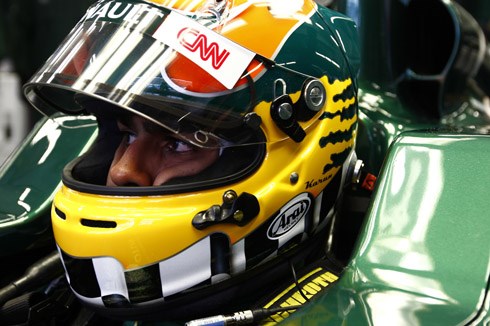 Karun Chandhok will return to grand prix racing this weekend in Germany when he replaces Jarno Trulli at Team Lotus, it was announced on Thursday.

Chandhok, the second Indian driver to race in Formula 1 after Narain Karthikeyan, had been Lotus's reserve this season, getting behind the wheel of the car in practice for the Australian, Turkish, European and British Grands Prix.

The 27-year-old from Chennai had made his grand prix debut with the HRT team last year, and has not raced in F1 since the 2010 British Grand Prix. He was replaced by Japanese Sakon Yamamoto after that race.

Chandhok said: "Firstly I want to thank Tony Fernandes, Kamarudin Meranun and SM Nasarudin for giving me the chance to race this weekend for Team Lotus.

"Ever since I first joined the team I have been looking forward to this opportunity and I am determined to do my best to repay their faith in me and help the team progress, this season and for many years to come. I am approaching the weekend in a very realistic frame of mind.

"I will be doing my best to push and to make sure I learn as much as possible all weekend, take each session as it comes and work as closely as I can with the engineers and the whole team to do the best job I can.

"Whatever happens, I am very excited about lining up on the grid on Sunday and I know there will be millions of Indian fans, and Team Lotus fans around the world, who will be behind me and the whole team, so I will do the best I can to give them something to cheer for."

Trulli has endured a difficult season so far this year, struggling to get the best out of his car due to his problems with the power steering, which the Italian says doesn't give him enough feedback.

The veteran was hoping an update to be introduced in the Hungarian Grand Prix would help him overcome the issues.

"I'm looking forward to working with Karun this weekend and doing whatever I can to help him get the most out of his opportunity in Germany," said Trulli.

"It's great that the team is true to its word of helping develop young talent, particularly from parts of the word where it is even harder to break through into the top rung of motorsport, so I'll be there to give him guidance and assistance, in and out of the car."