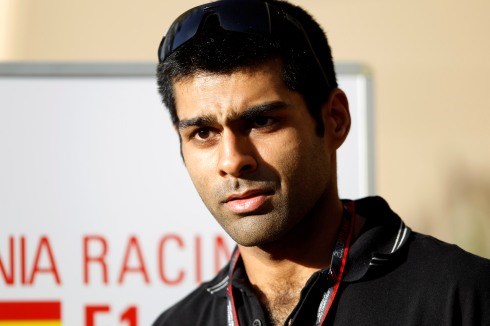 Karun failed to feature in any of the practice sessions in Bahrain, and then completed minimal running in qualifying. On the race day, he discovered a new bump on the track and crashed his Hispania on lap two, bringing an end to his F1 debut race.

His sponsors – JK Tyre and Amaron – are reported to have paid $5 million (Rs 23 crore) to secure him the drive for the season, meaning the nine laps he has completed have cost them in excess of $500,000 (Rs 2.3 crore) so far.

The Hispania Racing Team, Virgin Racing and Lotus F1 are the new teams on the 2010 grid. While Lotus F1 managed to bring home both their cars, HRT and Virgin Racing failed to complete the 2010 season opener at Bahrain.