Day1 at the Buddh International Circuit saw Vishnu wining race one in the LGB 4 category, Joseph Matthew still in the lead in the Gixxer Cup. 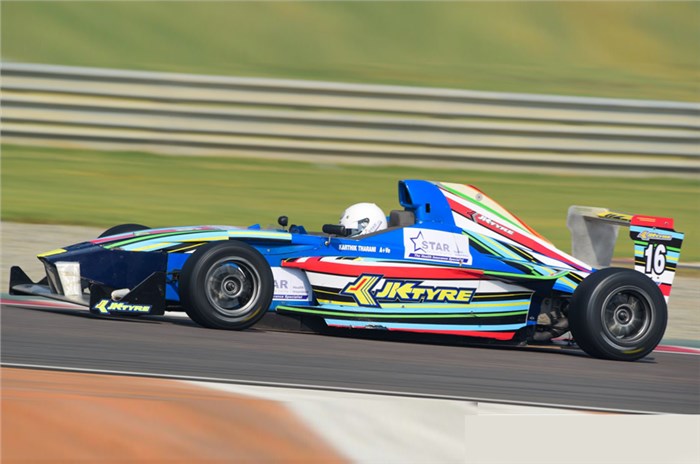 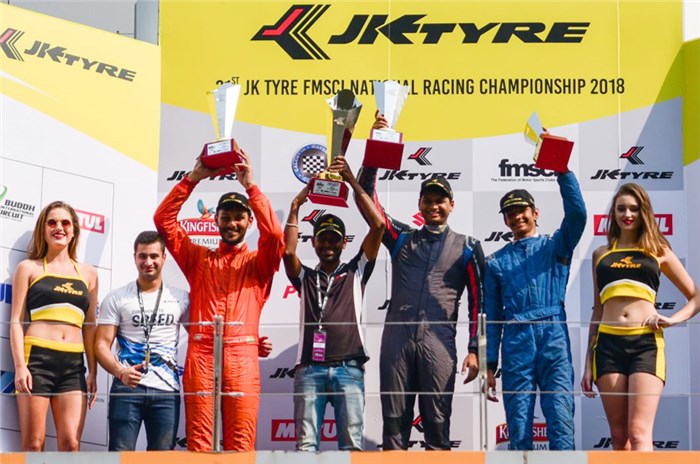 The other stalwarts from Chennai, Vishnu Prasad in the LGB 4 and Joseph Mathew in the Suzuki Gixxer Cup, enjoyed a mixed day but still managed to hang on to their leads.

Vishnu won race one and finished fourth in the second to take his points haul to 76, six clear of his closest rival. Joseph, on the other hand, failed to win for the first time this season, but was still comfortably ahead of his rivals with a total haul of 60 points.

Karthik began the weekend on a positive note, grabbing pole position in the Euro JK on Friday evening. He made the most of his early advantage to win Race 1 in 20:36.010 gruelling minutes.

Nayan, who started from P3, put up an aggressive fight, even recording the fastest lap time of 2:02:671. He attacked Karthik but just couldn’t find a way past him.

Ashwin Datta, who came into the finale as championship leader, began from P5 after a poor qualifying session. He couldn’t make up ground in the race either, finishing fifth and allowing Karthik and Nayan to catch up on him.

Ashwin began from P2 in the second race as the reverse grid came into play but couldn’t show the same speed that had put him on top of the table through the season. He suffered a 10-second penalty for a jump start to finish last.

Nayan (P5) and Karthik (P6) made their moves right away, surging past the field to take the first two places. It helped Karthik sneak ahead of Ashwin by three points, giving him a total of 82 points. Nayan’s 15-point haul on the day saw him jump to 81 points. Ashwin is now in third place with 79 points.

MSport’s Vishnu Prasad showed his usual verve as he claimed Race 1, streaking past pole leader Dark Don’s Rohit Khanna and Sandeep Kumar. He also took the fourth place in Race 2 to be in a good position to take home the title.

Rohit finished second in R2, behind Diljith TS, but that was not good enough to bring him back into contention.