In a sudden and shocking move, Lorenzo will join Marc Marquez at Repsol Honda for 2019 and 2020. 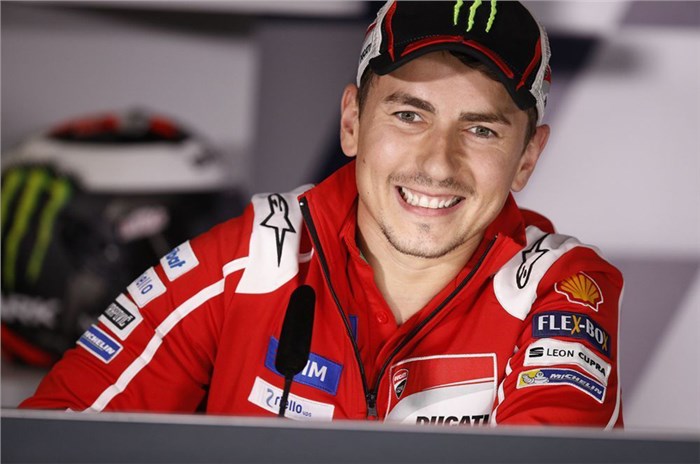 After months of feverish speculation, the future of Jorge Lorenzo has finally been decided – he has signed a two-year deal to race with Repsol Honda, alongside reigning world champion Marc Marquez. The second seat at Repsol Honda was vacated just yesterday, with Honda Racing Corporation and Dani Pedrosa announcing that they will be ending their 18-year partnership.

This would make it Lorenzo’s third different bike in a span of four seasons, with the Spaniard only just having switched from Yamaha to Ducati in 2016. Prior to the Mugello race, Lorenzo had struggled to come to terms with the Ducati, while his teammate Dovizioso was a championship contender on the same bike.

His 2018 season got off to a rocky start, with the Majorcan scoring only 16 points from the first six rounds. This led to rumours that Ducati would not retain him for 2019, especially because of the pay-raise that it had to give Dovizioso. His victory at Mugello seems to have been too little, too late; and Ducati seems to have chosen Danilo Petrucci to replace him in the factory garage.

Between the two of them, Lorenzo and Marquez have won every single championship in the last six years. If Lorenzo can adapt his riding style to the physically-demanding Honda, these two riders could form the strongest pairing on the grid.

It is not yet clear where Pedrosa will end up next year, but there is talk of a satellite Yamaha team backed by Malaysian oil-giant Petronas. This would appear to be his best option, with most of the other competitive seats for 2019 being occupied, already. We will keep you updated on this development as we get more information.