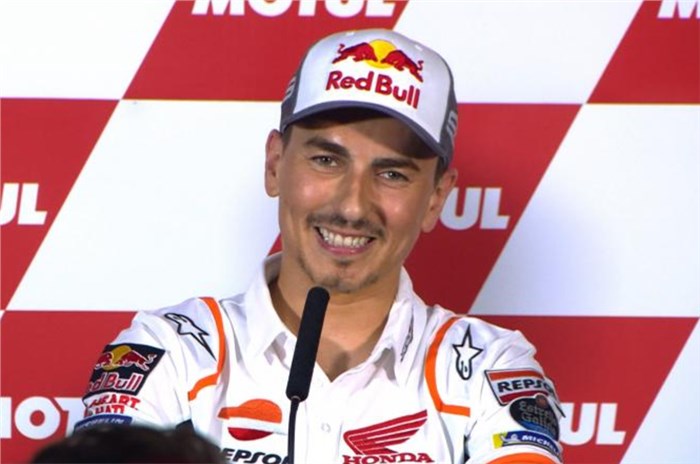 Five-time world champion Jorge Lorenzo has confirmed his retirement from MotoGP after this weekend’s 2019 season finale in Valencia. Bowing out on home soil, Lorenzo will be pulling the plug on an illustrious career – spanning 18 years – racing in the series.

"I've always thought there are four significant days in the life of a rider – the first one is when it's your first race, the second one is your first win, then your first world championship. Not everyone can win the world championship, but some of us made it. And then the day you retire. As you all imagine here, I'm here to announce that this day has arrived for me. This will be my last race in MotoGP and at the end of the race I will retire as a professional racer,” Lorenzo said as he announced his retirement at a press conference held at the Circuit Ricardo Tormo ahead of the Valencian GP.

The announcement comes on the back of what has been a difficult season for Lorenzo. After spending two years with Ducati, he made the decision to switch to Honda this year. But his season has been marred by difficulties adapting to the RC213V and a serious injury sustained mid-season that necessitated a long recovery. As a result, Lorenzo hasn’t scored a single top-10 finish so far, this year.

The Spanish rider made it known that he was one to look out for, clinching pole position for his very first premier class race and then setting a new lap record at Qatar that would then stand for the next 10 years. After finishing his first two races on this podium, he secured his very first MotoGP victory in Portugal. The next year saw him challenge his teammate, MotoGP legend Valentino Rossi, for the title. Rossi ended up winning the 2009 title, but he suffered a broken leg the next year and Lorenzo sealed his first MotoGP title win in 2010.

He went on to win the MotoGP championship two more times – defeating Dani Pedrosa in 2012 and beating Rossi once again in 2015. After spending nine years racing for Yamaha, Lorenzo then made the decision to move to Ducati in 2017. He initially struggled to adapt to his new bike but found his rhythm the following year, going on to win three races for the team in 2018 before making the move to Honda.

Overall, in the 18 seasons he spent across the championship’s different classes, Lorenzo has secured 68 wins, 152 podiums and 69 pole positions – a testament to what has been a tremendous racing career.