JK Tyre Motorsport is set to enter WRC2 and INRC as part of its new rally programme and is also looking at potential European Rally Championship outings. 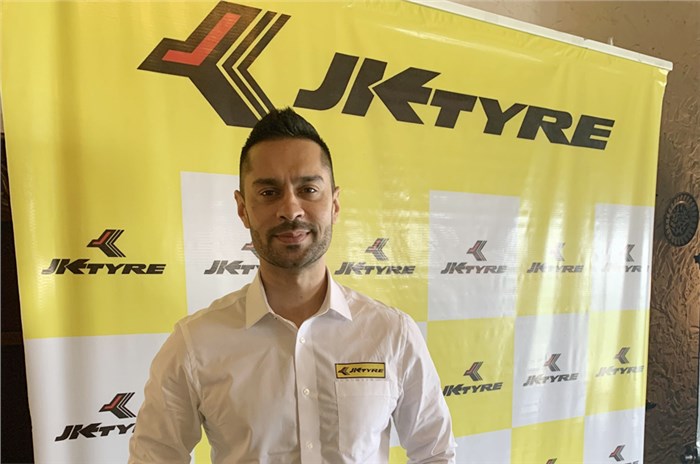 JK Tyre Motorsport has announced that it will return to rallying on both, the national and international stage, with Indian rally ace Gaurav Gill set to spearhead the company’s new rally programme. As part of this programme, JK Tyre will be entering the Indian National Rally Championship (INRC), World Rally Championship 2 (WRC2) and is also looking at potential outings in the European Rally Championship.

After driving for JK Tyre in the early stages of his career, Gill moved to MRF in 2007 and went on to clinch three Asia Pacific Rally Championship (APRC) and six INRC titles. Last year, he stepped up to WRC2 with MRF, driving a Ford Fiesta R5 in four rounds throughout the year. However, MRF decided to skip the 2019 WRC2 season, instead deciding to prioritise testing. But Gill will continue racing in the series this year with JK Tyre, with the company expected to enter at least three yet-to-be-announced events. Additionally, the tyre manufacturer is also looking to further expand its presence in international rallying and is looking at competing in select rounds of the 2019 European Rally Championship.

“We are delighted to have one of the world’s finest rallying talents with us,” said Sanjay Sharma, head - motorsport, JK Tyre.

“He will not only strengthen our immediate rallying thrust, but, more excitingly, will work with us to develop the next generation of drivers. Gaurav’s experience and expertise will also come in handy for the brand in testing and developing even more robust tyres.”

On the national front, Gill will compete in the INRC - which has a new promoter from 2019 in the form of Champions Yacht Club - this year with Mahindra Adventure, but the car he’ll be driving will run on JK tyres.

As part of the programme, Gill’s rallying school – the Gill Rallying Academy – will work with JK Tyre Motorsport to develop a new breed of drivers in the country, with the immediate goal being to zero in on drivers from the existing INRC grid and train them for bigger things if they show the aptitude for it. A full-fledged JK Tyre Rallying team will also be launched, with FIA-R2 spec cars of various Indian manufacturers being developed with inputs from JK Tyre.

A statement released by the company states that a clear and logical progression ladder will be put in place for its rallying programme, with beginners set to be trained on cross-karts powered by 600cc superbike engines.

Commenting on his new association with JK Tyre, Gill said: “I am thrilled to be back with JK Tyre under whose guidance and inspiration I learnt everything about this beautiful sport. The sport has given me everything that I have today. I want to give something back to it, even as I chase my other goals in motorsport. JK is the perfect platform for both. Their programme has been designed to help new talent be on par with international counterparts, honing their skills in the most conducive environment and ambience.”