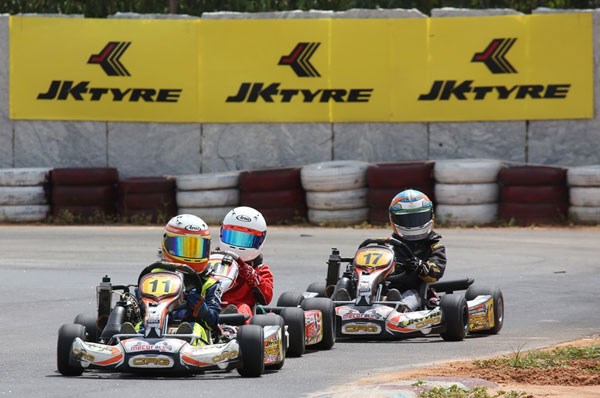 In what can be termed as a massive surprise for the Indian motorsport community, JK Tyre has given up the title sponsorship mantle for the National Rotax Max Karting Championship this season after 13 years in the sport.

JK Tyre played a pivotal role in bringing karting to India, with the inaugural four-stroke karting championship instated in the year 2000. Karun Chandhok, Armaan Ebrahim and Aditya Patel were among the early prodigies. Competitive two-stroke karting followed a few years later in 2004 with the National Rotax Max Championship kicking off after completion of the Kari Motor Speedway in Coimbatore; it featured a karting loop and allowed powerful Rotax machinery to unleash its full potential.

Even though it was impossible to match four-stroke karting on the affordability front, Rotax offered graduates from the four-stroke programme a shot at experiencing world-class machinery. However, even though Rotax karts were the foundation for racers to come, the series was never accorded championship status by the MAI, the motorsport federation in power at the time. It was only when the dust settled in 2009 with FIA vesting powers in the FMSCI that Rotax was declared a national championship.

With JK withdrawing its support, it is now up to Meco Motorsport and Akbar Ebrahim to ensure that karting continues to flourish in India and young drivers have a platform to get their foot into the sport as early as age 8.

Drivers like Arjun Maini and Jehan Daruvala who are doing well in international single-seater championships like GP3 and Formula 3 respectively, along with 12-year old Shahan Ali Mohsin, who won the Asia Max Karting title last year and has graduated to European Karting this year, all took their first steps in competition in the National Rotax Max Championship.

Ebrahim has announced grand plans for the championships via Facebook, with at least five different karting championships and formats to look forward to this season. We hope that the Indian karting continues to grow and bring forth the next big talents from the country.