The Meco Racing driver became the first ever champion in the JK Racing India Series that was introduced this year. 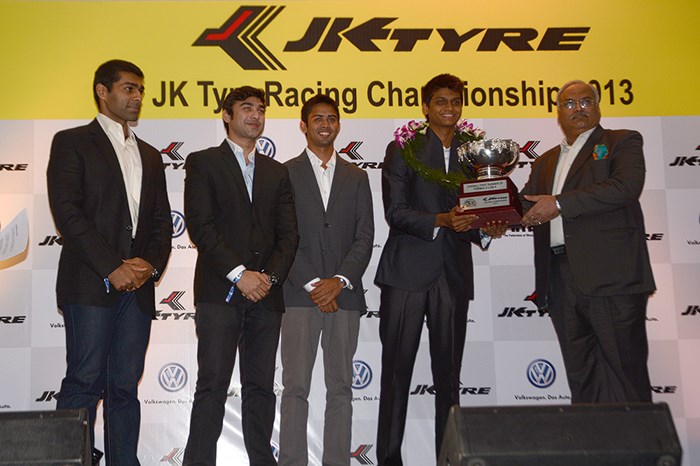 Coming into the final round, the title fight had boiled down to Bangalore lad Arjun Maini and Prasad, and the latter's greater experience in single-seater racing seemed to have paid off in the end.

During the course of this particular weekend though, Chittesh Mandody was the man in form as he won three out of three races over the weekend.

As a prize for clinching the title, Prasad has earned himself a free test in European Formula 3 in Italy with Eurointernational.

In Formula LGB 4, Sarosh Hataria was crowned champion, despite being absent from the podium during the course of the weekend with a massive 80-points lead coming into the season finale helping his cause.