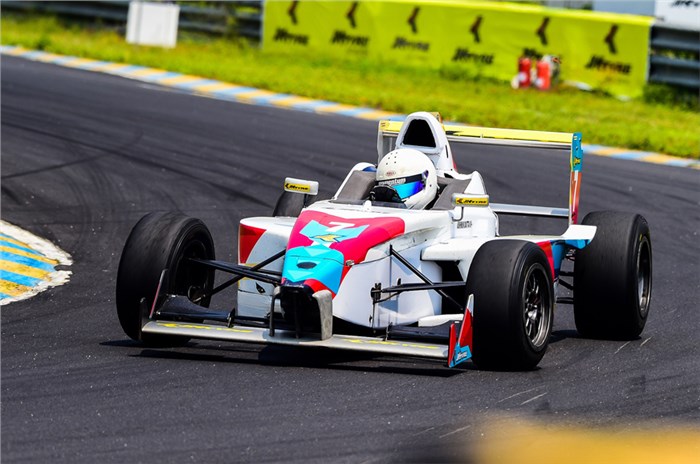 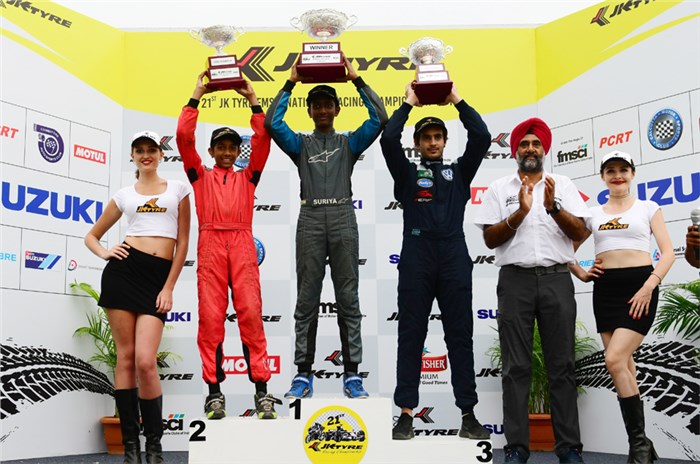 The penultimate round of the 2018 JK Tyre FMSCI National Racing Championship concluded at the Kari Motor Speedway in Coimbatore with Surya Varathan winning the Novice Cup title, while Ashwin Datta and Joseph Mathew continued to extend their lead in their respective categories. Here’s a rundown of what Round 3 served up in each of category:

Ashwin Datta was just two points ahead of Nayan Chatterjee after Round 2, but capitalised on the latter retiring from the first race to further increase his championship lead. Starting from pole, Chatterjee had a slow start and was passed by Karthik Tharani before the first turn. The duo then got caught in a tangle midway through the race, forcing both of them off the tarmac. Tharani managed to recover but Nayan failed to finish, losing valuable points as Datta went on to win the race.

The final race of the weekend saw a completely new set of podium finishers with Nirmal Uma Shankar winning the race ahead of Brayan Perera and Yash Aradhya.

Rohit Khanna started off Round 3 on a positive note by winning the first race, but things quickly went downhill for the driver on the next day; a 20-sec penalty dropped him from first to 13th place in the second race, and he ended up retiring from the third race. Chittesh Mandody, meanwhile, had a strong day as he clinched victory in Races 2 and 3.

It wasn’t the best of weekends for Vishnu Prasad, but he secured enough points to hold on to his championship lead by two points from Raghul Rangasamy.

Joseph Mathew was in top form and won both races over the weekend. While the first race was an easy win for the Chennai rider, it went right down to the wire in the second race. Mathew started the race cautiously, allowing Malsawmdawngliana to take the lead. He overtook him at the halfway stage only to see Malsawmdawngliana streak past him in the final lap, but ultimately managed to outwit his rival to win the race by a margin of just 0.087sec.

This is Mathew’s sixth straight victory in the three rounds and puts him firmly in line for another title.

The The JK Tyre Novice Cup saw a dramatic turn of events after championship leader Hashim EKP, who had won all the races over the weekend, was disqualified as he had contravened the competition norms. This resulted in Surya Varathan clinching the championship and Tijil Rao finishing second overall.

The JK National Racing Championship will now make its way to the Buddh International Circuit for its final round from November 16-18, 2018.