Datta holds on to his lead in the Euro JK 18 standings by a point; Joseph Matthew continues to dominate Gixxer Cup. 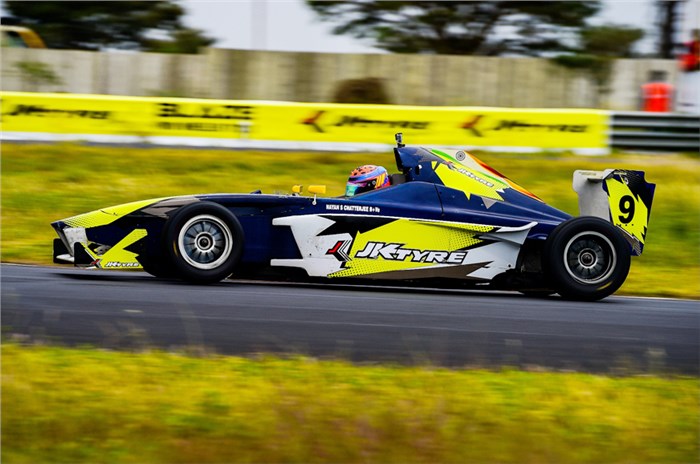 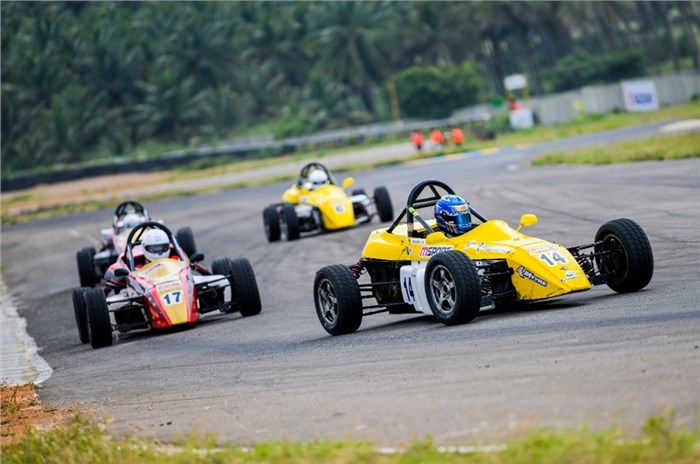 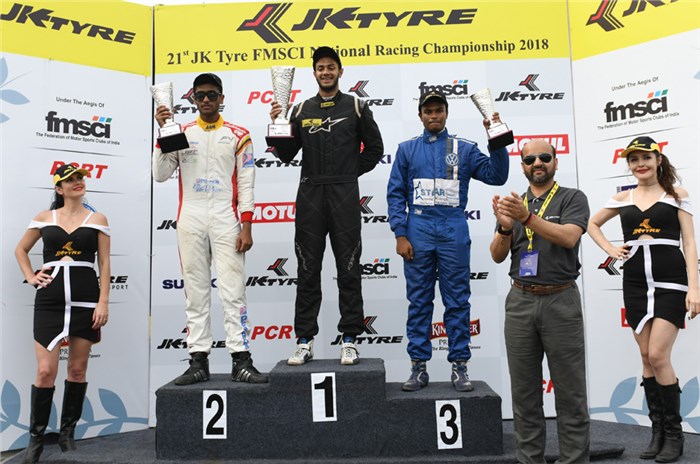 The JK Tyre FMSCI National Racing Championship resumed its 2018 season with Round 2 taking place at Coimbatore’s Kari Motor Speedway. This round also saw the introduction of a new class – the JK Tyre Novice Cup, serving as a bridge between karting and formula racing. Here’s a rundown of how all the races in each category shaped up:

Ashwin Datta holds on to his lead in the Euro JK 18 standings after clinching three podium finishes over the weekend – including a race win for Race 3. Nayan Chatterjee started the first race on pole and enjoyed a dominant first day, winning races 1 and 2 with a comfortable margin. Karthik Tharani finished 2nd in the first two races, while Brayan Perera took 3rd place in Race 1 and Datta finished 3rd in Race 2.

This meant that Chatterjee, Datta and Tharani were all on level with 43 points, heading into the last race of Round 2. However, a second-place finish in Race 4 helped Datta hang to the lead, albeit by just one point. Chatterjee moved up to 2nd in the standings after clinching 2nd place in Race 3 and 3rd place in Race 4. Tharani is right on their tail with 48 points.

It was another strong weekend for Vishnu Prasad, who won the first two races of the weekend.  He completed all 15 laps in Race 1, staying an impressive 2.323sec ahead of the rest of the field, while Rohit Khanna finished 2nd and Raghul Rangasamy clinched the last podium spot.

Staring Race 2 in 7th place (owing to the reverse grid) Prasad quickly made his way up the order to win the second race as well. However, Rangasamy and Khanna managed to pass Prasad early on in the final race. Prasad overtook Khanna on the last lap, with Rangasamy clinching victory.

It was another clean sweep for defending Gixxer Cup champion Joseph Matthew. It was a thrilling finish for the Race 1, with Matthew and Syed Muzamil Ali going neck and neck in the final stretch; but the former ultimately edged ahead, and Sachin Chaudhary finished 3rd. Syed Muzamil Ali claimed another 2nd place finish in Race 2, with Malasawmdawnglama rounding up the podium.