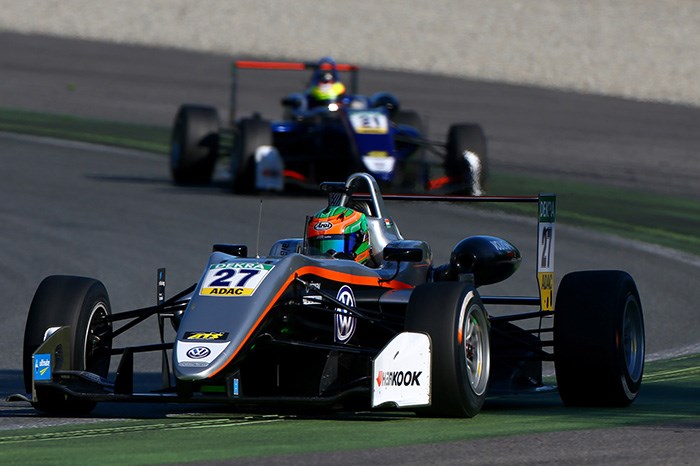 The 2.3-km Norisring is an extremely fast and flowing layout for a street circuit, with mistakes being punished by concrete walls instead of soft tyre barriers. The Formula 3 rookie showed immense skill to clinch the top spot with two full-course yellow flag periods and made no mistakes despite coming under sustained pressure from championship leader Maximilian Günther.

Daruvala had qualified on the front row for the final race of the weekend – behind pole-sitter and championship leader Maximilian Günther. As the lights went out, the 18-year old got off the line in a scintillating fashion, getting side by side with his German rival before even reaching the braking zone into turn one. He comfortably defended the inside while others scrabbled behind him and never looked back – completing a perfect lights to flag win 39 laps later.

“Obviously we have been waiting for this win and it is great to finally be on the top step,” said an elated Daruvala.

“I had a good reaction at the start and got Maxi and then the first laps were pretty good. I was under big pressure after the yellow but I just tried to get good exits and not make any mistakes and just controlled it from there,” he added.