Jehan Daruvala steps up to F3 Euro Championship with Carlin

Jehan’s entry into Formula 3 comes after two seasons in Formula Renault, where he had 11 podiums at various circuits across Europe. 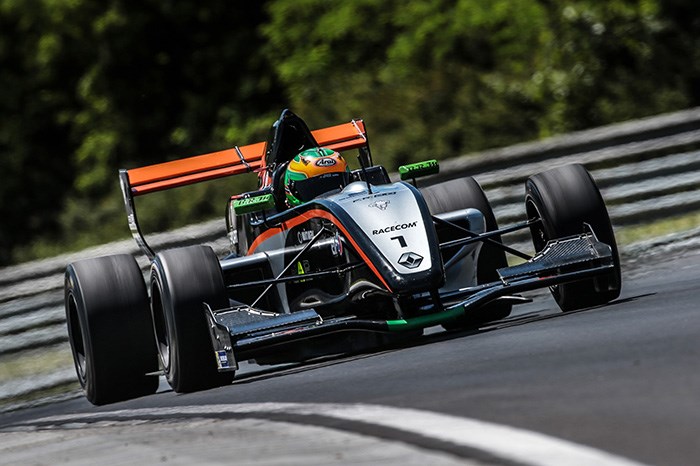 The 18-year Mumbai racer's step up comes after two seasons in Formula Renault, where he had 11 podiums at various circuits across Europe but the top step stayed out of his reach.

The Indian then tested with several F3 teams before eventually signing with Carlin after consistently being one of the fastest drivers during their tests.

Formula 3 is one of the most important rungs on the ladder to Formula One, consistently attracts a highly competitive grid. Numerous Formula 1 winners, such as Nico Rosberg, Max Verstappen, Lewis Hamilton, Sebastian Vettel and Michael Schumacher, have all honed their skills in Formula 3 before their debut at the pinnacle of motorsport.

The championship will consist of 30 races over ten weekends and will visit some of the iconic Formula One circuits in addition to two street circuits at Pau and Norisring. The car Jehan will be racing will put out approximately 240 bhp while weighing just 565 kgs, driver included. Each round will have three races preceded by two practice sessions of 40 minutes each and two qualifying sessions of 20 minutes each.

Carlin, as a team has one of motorsport’s most reputable legacies, with over 330 race wins across numerous racing series. Rosberg, Vettel, Daniel Ricciardo and Daniil Kvyat are just some of the Formula One racers who have competed with Carlin prior to getting their big break.

Team boss, Trevor Carlin said, "It’s fantastic to have Jehan on board with us for 2017. He has already tested with us in the Formula Three car and I have no doubt he will be competitive from the outset in his rookie season in the championship"

"Once again it’s going to be a really close season of racing but Jehan is a strong addition to the team and we’re already looking forward to the first weekend of the 2017 FIA Formula Three European Championship.”

“My first two years in single seaters have been a fantastic learning experience. After finishing in the top five in the Formula Renault NEC in 2015 and 2016, and having finished 2nd in the Toyota Racing Series this year, I am confident of stepping up to the highly competitive FIA F3 European Championship", said Jehan.