Ricciardo produced an impressive recovery drive from 16th to 4th; Hamilton now leads the championship from Vettel by three points. 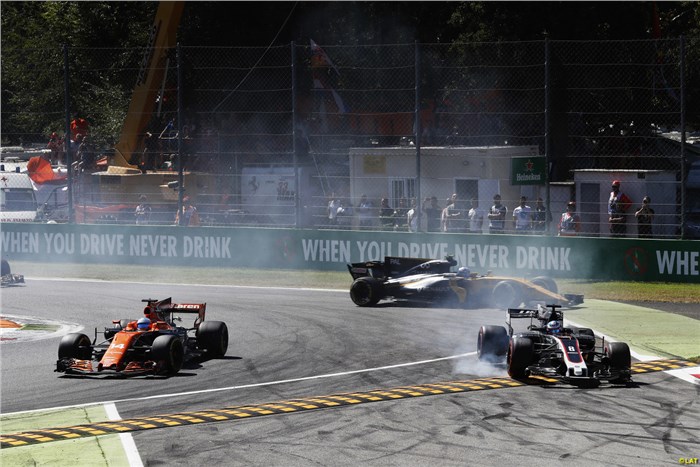 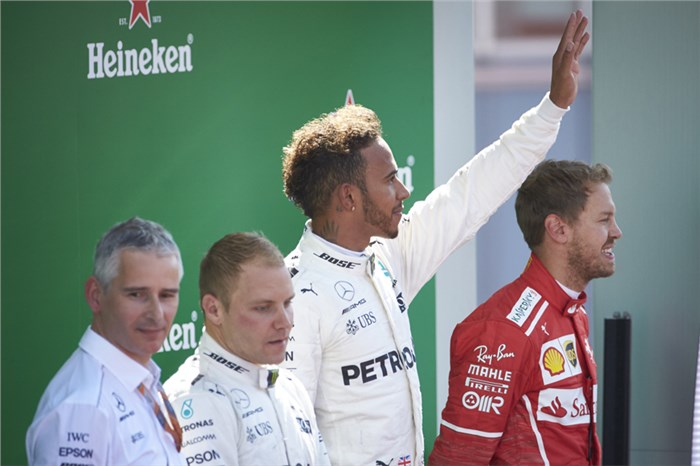 Lewis Hamilton seized the Formula One world championship lead outright for the first time this season, with a crushing victory in Italy. The Mercedes driver led away from pole and dictated the race from the front, crossing the line 4.4sec ahead of teammate Valtteri Bottas, with Ferrari title rival Sebastian Vettel third, 36.3sec behind the leader.

It was Hamilton's sixth victory of the season and moves him three points clear of Vettel in the drivers' championship, with Bottas a further 41 points adrift.

Hamilton made a good start from pole, moving right across the track to defend from Lance Stroll and leading into Turn 1. Esteban Ocon, starting third, took advantage of Stroll getting baulked to sweep around the outside and settle into second. Further back, Bottas banged wheels with Kimi Raikkonen as they came through the first chicane, eventually making a pass stick to take for fourth.

Raikkonen snatched the position back at the second chicane, but Bottas then swept around the outside of Parabolica to reclaim the place. Bottas then took third on lap three from Stroll, before breezing past Ocon the following lap, to move into second before setting off in pursuit of Hamilton. The Finn closed the gap but couldn't get within 2.0sec of his teammate and ultimately finished second to secure Mercedes' third 1-2 of the year.

Red Bull's Daniel Ricciardo produced an impressive recovery drive from 16th, running a very long stint on the softs to move up the order. Ricciardo emerged on fresh super-softs after his only stop and pulled off a great move on Raikkonen for fourth. He then set about chasing Vettel, taking chunks of time out of the Ferrari driver but ultimately running out of laps.

Earlier in the race Raikkonen, who complained of a problem with the rear end of his car, had pitted early in a bid to leapfrog Ocon and Stroll. He partially succeeded, getting ahead of Stroll who was delayed in his stop with a sticky left-rear tyre. But he had to pass Ocon on track, launching an attack on the approach to the first chicane to take the place and going on to finish fifth, ahead of Ocon.

Stroll challenged Ocon in the closing stages but couldn't make a move stick, and in the end he held off a spirited attack from his Williams teammate Felipe Massa to take seventh, with Sergio Perez failing to take advantage of the squabble to end up ninth. Massa survived contact with Perez and Max Verstappen early in the race to take eighth.

Verstappen was furious with Massa when they collided at Turn 1, the contact giving the Red Bull a front right puncture and dropping him back to the field. He recovered to take 10th but only after brief contact with Kevin Magnussen on the approach to the second chicane after he'd passed the Haas at the start of the lap.

It was a miserable race for McLaren, with Stoffel Vandoorne retiring after reporting "no power" and teammate Fernando Alonso following suit on the penultimate lap at the request of the team.

Jolyon Palmer was on the fringes of the top 10, but was asked to retire his Renault by the team after it had discovered a problem.