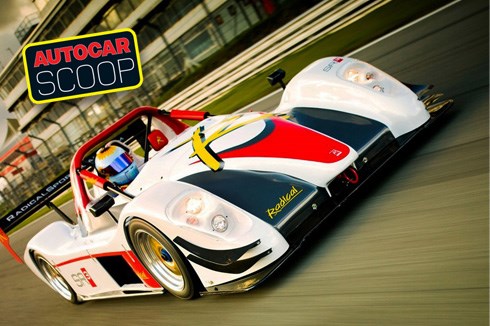 The series, set to be formally revealed on 5th August, will operate on franchise-model, starting with four teams fielding two cars each in its inaugural year. Depending on the response, the grid will expand to eight teams and 16 cars in the following season. Modelled on the lines of IPL cricket, it is no surprise that Siddharth Mallya, son of business tycoon and Force India F1 team owner Vijay Mallya, is rumoured to be one of the team owners.

The cricket connection doesn’t stop there- with Sachin Tendulkar being pegged as one of investors in Machdar Ventures (the series’ promoters) along with Anjana Reddy of the Deccan Chronicle Group; owners of the Deccan Chargers IPL team. As for the drivers, F1 racers including Narain Karthikeyan, Karun Chandhok in addition to Heikki Kovalainen, Jarno Trulli and former F1 Champion Mika Hakkinen are set to get behind the wheel and once the grid swells, each team may field of a combination of an Indian and a foreign driver.

The hardware for the series looks promising as well; with SR3 being one of Radical’s best-selling models offering almost infinite customisation. The standard choice is a 1340cc, 220 bhp inline-four, which essentially is a beefed-up Suzuki Hayabusa engine mated to a six-speed sequential gearbox driving the rear wheels. With the whole shebang tipping the scales well under 600 kg, Radical’s claims of a 3.1 second dash to 100kmph and a top whack in the region of 250kmph does not seem overly optimistic.

Despite what the name suggests, the IRS is unlikely to be restricted to India due to lack of purpose-built facilities to host a series of this calibre. As a result, a few rounds in the Middle East (Dubai, for example) and some in Far East (like Malaysia) may not be out of contention. It is safe to say that the new Buddh International Circuit in Greater Noida and the Madras Motorsport Race Track in Chennai will probably be the only two Indian destinations for the series.

Even though Radical has a thriving business selling kit cars and fully-prepped race cars in the UK- where motorsport is a lifestyle for many, providing enough racing spectacle to keep the Indian crowds coming back will be a challenge. Despite being less than three months away from hosting its inaugural Formula 1 Grand Prix, there no denying the fact that motorsport is far from enjoying mass popularity in our country. Even though the timeline for the series isn’t confirmed yet, it is already too late to get a slot in the support races for the Indian GP, which could have been a perfect Launchpad for a venture as ambitious as this. As a result, it is likely that the organisers are shooting for a December 2011/January 2012 slot, typically off-season period in the Indian Motorsport calendar.

A solid broadcaster tie-up isn't optional- for production and telecast of racing action, which hopefully will have a significant role to play as far as the business model is concerned. The demised A1 GP series, which also operated on an international franchise model, is proof enough that short-sightedness in sustainability planning can wipe out even the most well-funded ventures.

Watch this space for more details- and whether the IRS will live up to the hype of being the shot in the arm that Indian motorsport so desperately needs.