INRC Round 4 in Kerala postponed

The 2019 Popular Rally has been postponed until further notice after a PIL was filed in the High Court of Kochi seeking its cancellation. 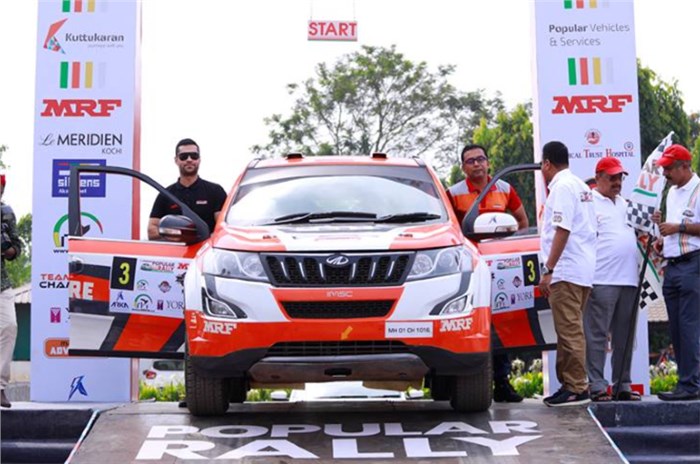 Round 4 of the 2019 Indian National Rally Championship (INRC) – the Popular Rally, which was slated to be held from October 31 to November 3 – has been postponed indefinitely after a Public Interest Litigation (PIL) was filed by a local advocate in the High Court of Kochi, seeking the cancellation of the rally.

A statement issued by G B Girijashankar Joshy, Clerk of the Course (COC) for the 2019 Popular Rally, states that taking into account the proximity of the event date, organisers have decided to postpone the rally until further notice as they deal with the legal matters. “As the legal matters take its own course of time to handle and the event date is also very close, we don’t want to put all concerned to this event – specially the competitors – in an awkward situation,” Joshy explains.

Reports have emerged suggesting that the petitioner has sought a directive to the Transport Commisioner, Kottayam District Collector, and the District Police Chief to cancel any permissions granted for the rally to be held, allegedly citing it to be a violation of the provisions of the Kerala Public Ways (Restriction of Assemblies and Procession) Act, 2011 and also the Motor Vehicles Act. Additionally, reports also suggest that the petitioner claimed the rally would obstruct traffic on public roads.

This is the latest setback to hit the INRC and follows the tragic incident at the championship’s third round last month that claimed three lives. This incident occurred after rally ace Gaurav Gill’s car collided with a bike that strayed onto an active rally stage, despite the stretch being cordoned off and closed to the public. Earlier this week, a statement issued by Gill’s spokesperson confirmed that after taking into consideration all the facts surrounding the case, a Jodhpur court has granted Gill bail pending trial.

Gill’s team, Mahindra Adventure, had earlier decided to pull out of the remainder of the 2019 INRC, following the incident in Jodhpur and the manner in which it was handled by the organisers and the Federation of Motor Sports Clubs of India (FMSCI). However, instead of skipping the final three rounds, the management decided that Mahindra Adventure would resume its INRC campaign and work towards generating awareness about safety in motorsport. Gill himself was supposed to make his rally return with Mahindra Adventure at the now postponed 2019 Popular Rally.