The Kolkata driver managed to clinch the title with one round at Chikmagalur to spare. 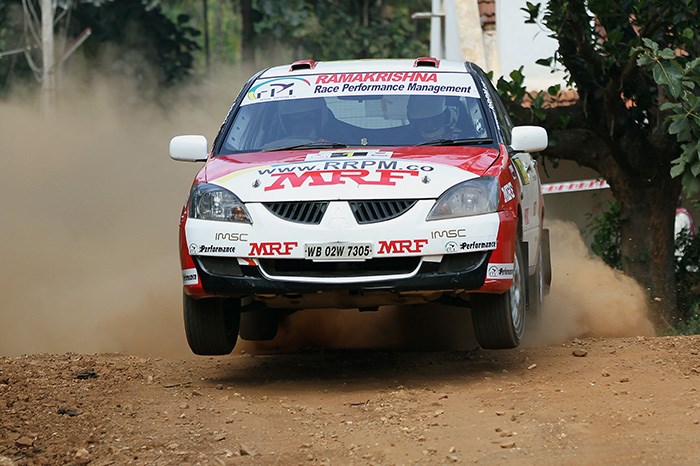 Continuing from where he left off overnight, Amittrajit Ghosh (co-driver Ashwin Naik) sealed his victory at the K-1000 rally held in Tumkur district, around 100 kilometers from Bangalore.

The duo also managed to seal the overall INRC title in the process, with the final round of the championship scheduled at Chikmagalur still to go.

In terms of overall timings, Gaurav Gill continued to steamroll the opposition – finishing two out of day's three stages fastest and ultimately over a minute clear of his closest challenge in the timesheets, Karamjit Singh (co-driver Jagdev Singh).

The Malaysian driver, behind the wheel of a factory-prepared Volkswagen Polo R2, set the fastest time on the opening stage on the day, but had to back off soon after due to some brake issues.

But none of it mattered to Ghosh as he sealed the title in a convincing fashion, driving a Group N Mitsubishi Cedia.

"I am very happy to clinch the championship here. We were under tremendous pressure but we managed to drive safely and clock steady times,'' said the Kolkota rallyist, whose father Arindam Ghosh won the K-1000 in 1981.