INRC: Ghosh leads on day one

Second behind Ghosh in overall standings is Vikram Devadasen, 23.6 seconds behind. 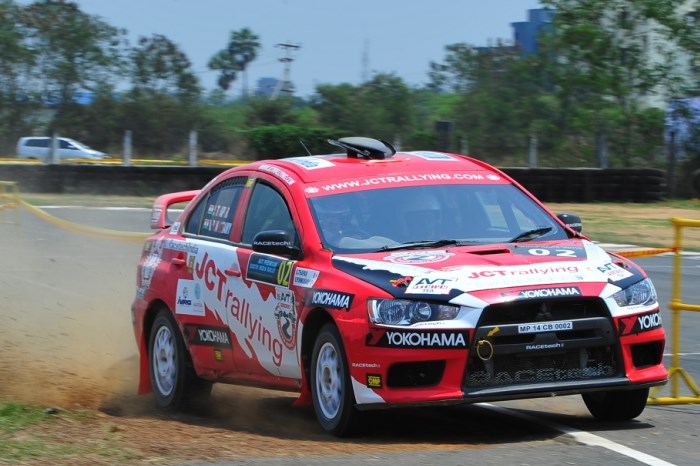 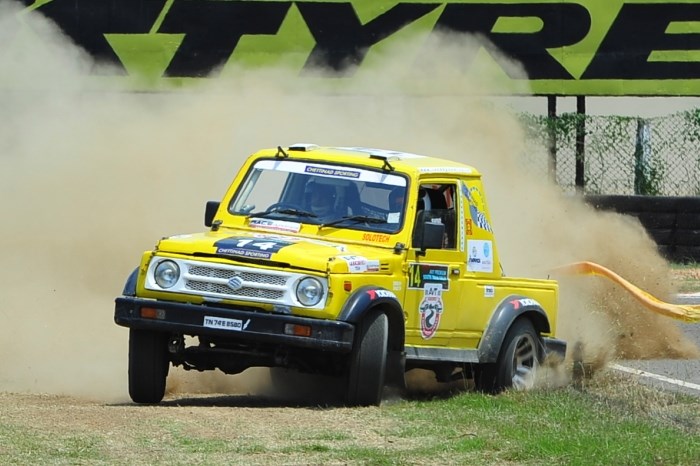 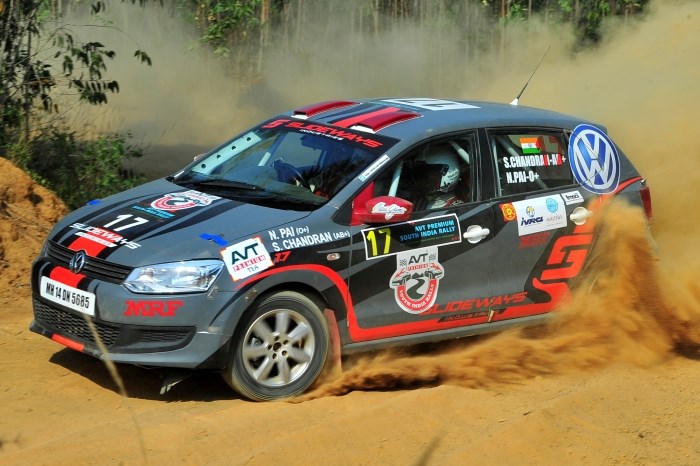 The inaugural round of the FMSCI Indian National Rally Championship 2013 saw  Gaurav Gill (Musa Sherif) of team Mahindra Adventure in a Mahindra XUV 500, emerge fastest with a blistering one hour, 13 minutes, 22.2 seconds, against Ghosh’s 01:16:00.7.

The VW Polo also made its rally debut with Sirish Chandran (Nikhil Pai) leading in the 1600cc class, ahead of Byram Godrej (Prjajwal Pai), driving a Maruti Baleno, in second place with Rao in third after docking road penalty of two minutes, 20 seconds for late check-out from service at the end of the day.

In fact, it was Rao who set the pace throughout the day and was running first ovegoing into the day’s seventh and final stage. However, close to the finish, the Polo suffered a broken drive shaft with Rao completing the stage with his co-driver Rajagopal pushing the car over the time control line.

Ghosh had mechanical problems to deal with right through the day. “I had a few issues with my car that was costing me a lot of time and I just wanted to finish the day,” he said.

Placed second behind Ghosh in overall standings was Bangalore’s Vikram Devadasen (Shrikanth Gowda) who put in a sensible drive in his Mitsubishi Cedia, but has some 23.6 seconds to make up on Sunday if he hopes to win the rally.

While Gill was at his fluent best to dominate the day’s proceedings by being the fastest in all the seven Stages, Delhi’s Samir Thapar (Vivek Ponnusamy) of Team JCT Rallying, the lone entry in the Indian Rally Championship (IRC) category driving a Mitsubishi Lancer Evo X, was second quickest with a time of 01:15:56.0, despite incurring a penalty of one minute, 10 seconds.

Of the 37 vehicles which started the event, five cars dropped out mostly due to mechanical problems.