The Kolkata driver led in INRC classification while Gaurav Gill and Karamjit Singh were fastest on the road at the end of day one. 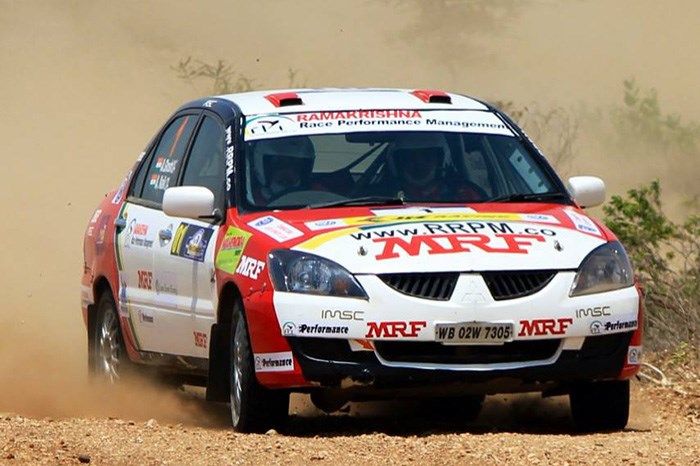 Reigning INRC champion Amittrajit Ghosh (co-driver Ashwin Naik) leads the K-1000 rally at the end of day one with a lead of 1 minute, 29 seconds.

However, both cars are not considered eligible for the official INRC classification (the XUV is fielded in the SUV class, while the Polo R2 is undergoing shakedown testing as it doesn’t adhere to the current regulations).

The 2013 Asia Pacific Rally Champion was the fastest driver of the day – taking all six stage wins and ending the day a massive 2 minutes, 19 seconds ahead of second-placed Karamjit.

Seven-time national rally champion N Leelakrishnan’s much-anticipated comeback was let down by a blown oil pump on his Mitsubishi Evo X – the same car driven by Samir Thapar in earlier rounds. Navigated by Naren Kumar’s long-time navigator D Ramkumar, Leela’s day lasted only two stages before succumbing to the technical gremlin but he is likely to restart under Super Rally format on Sunday morning.

* Will restart under super rally on Sunday