Curtain-raiser event for the 2019 INRC saw Ilyas take victory after Mascarenhas was handed a penalty. 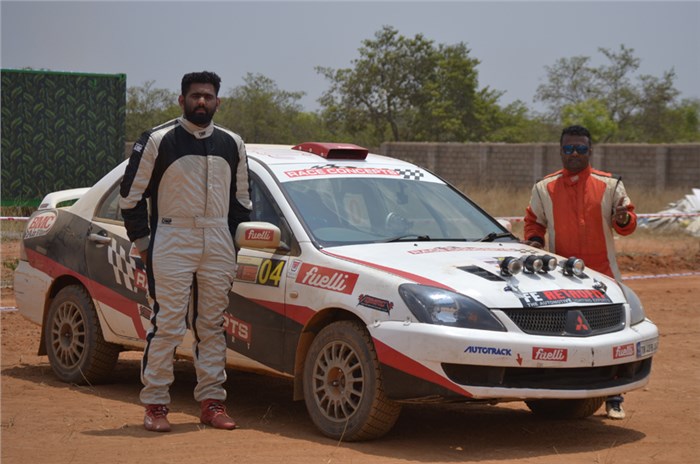 The Sprint de Bengaluru 2019 took place over the weekend, acting as a non-championship, curtain-raiser event for the upcoming 2019 season of the Indian National Rally Championship. It was Kerala’s Younus Ilyas who took top honours at the event, after Bengaluru’s Dean Mascarenhas was handed a penalty.

Ilyas, along with navigator Harish Gowda, set the pace early on and held a 10 second lead at the end of the first day. But on the second day, Mascarenhas, who was driving a stock car in the INRC 3 category, started eating into Ilyas’ advantage. After completing the first two stages of the day just behind Ilyas, he managed to win the next two stages at the LG Champions County track, gaining nine and eight seconds on each stage.

However, Mascarenhas was then handed a six-minute penalty for reaching the starting point late on Saturday. This dropped him down to the bottom of the standings, handing victory to Ilyas.

“It was just bad luck,” lamented Mascarenhas. “My car didn’t start so I got delayed. I am, however, very happy with the way I drove and I am looking forward to a good season.”

“It was a great outing. And I loved being out here! The stages were interesting and were challenging at times. But I am really glad to have come out on top,” said Ilyas.

The event also featured a separate ladies class that was won by Shivani Pruthvi.