Indian riders head to Japan for ARRC round three

The races will be held at the Suzuka circuit this weekend. 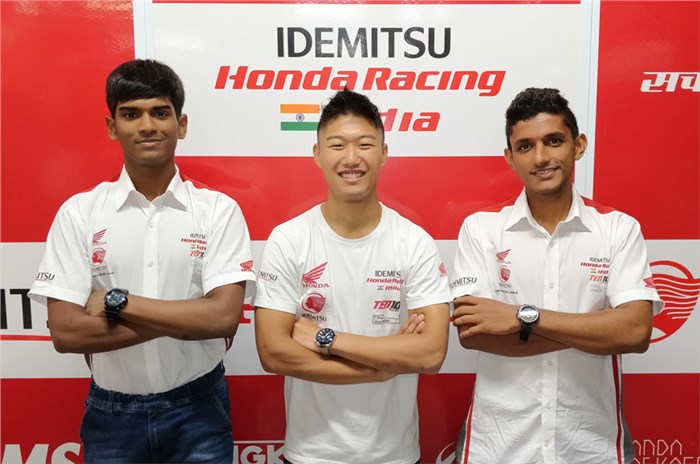 Idemitsu Honda Racing Team India riders, Rajiv Sethu and Anish Shetty, will heading to be Japan for the third round of the Asia Road Racing Championship (ARRC), where they will hope for a strong performances in the Asia Production 250 class. This is the home race for the team’s third rider, Taiga Hada, and his local fans will be hoping to cheer him on to a strong result in the SuperSport 600 class.

Anish Shetty is in his rookie season this year and has impressed so far, taking two points-finishes at the previous round in Australia. Sethu has endured a rocky start to his second season in the class, suffering a wrist injury in a practice session for the Australian round, and missing both races. He makes his return this weekend, and will be looking to finally open his account, as far as championship points are concerned. Hada had a fantastic start to the season, with two top-10 finishes at the opening round in Thailand, and will be hoping to build on this tally.

The action shall take place at the legendary Suzuka circuit this weekend; it was last visited by MotoGP in 2003. The track is often troubled by inclement weather, pushing the riders to their limits. Strong performances for Sethu and Shetty this weekend will mean that they can carry the momentum into their home round at MMRT in two months’ time.

Practice, qualifying and race sessions can be viewed as live streams on the official ARRC Facebook page.