The Lotus driver admits that though Buddh International Circuit doesn’t naturally lend itself to overtaking, it is still possible to find a way past. 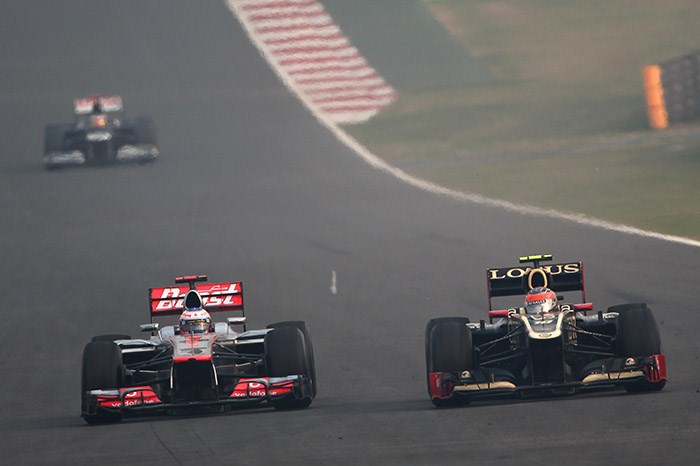 Kimi Räikkönen conceded that overtaking at the Buddh International Circuit isn’t easy but it was no different than most venues and a bit of luck is needed to find a way past.

The Finn had to contend with seventh place in the last year’s race, having spent most of his race stuck behind Felipe Massa’s Ferrari, unable to pass.

“In a normal situation, yes [passing is difficult at BIC], but on some of the circuits there's not even one place”, he commented.

“You might get a chance in some other places – it depends – but it's a good race circuit. Last year I got stuck behind (another car) but that can happen anywhere”, Raikkonen said.

Mark Webber also agreed that apart from sector one, which features stop and go corners, it was difficult to pass on the rest of the track due to its flowing nature.

“The second and third sector are quite quick, it's not easy to get a move done there so yeah, most of the focus is on the first sector and the beginning of the sector.”, said the Australian.

“But that's not against the circuit, that's how a lot of tracks are and we like the rest of the rhythm and the layout because it's quite challenging, it's quite quick, a little bit of undulation so there's a lot of good qualities inside this circuit”, he further added.

Nico Rosberg reckoned that the longer DRS zone on the back straight might help with overtaking this year.

“The track has what it needs to be able to overtake well and for there to be exciting races.

"They've extended the DRS zone a bit to try and make it easier to overtake – we'll see how that goes, should be in the right direction”, the Mercedes AMG F1 driver said.