Indian GP moved ahead for 2012 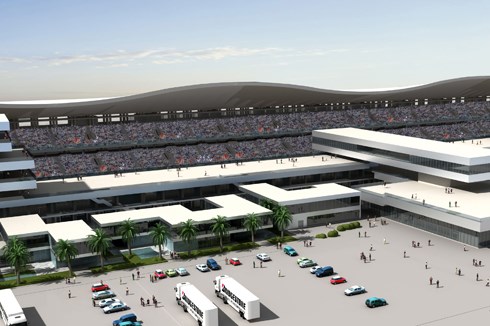 Formula 1 supremo Bernie Ecclestone plans to move the Bahrain Grand Prix to the tail end of the 2012 season, revealed by AUTOSPORT magazine, as part of a revised calendar that looks set to see Turkey dropped entirely with the Indian GP tentatively being moved to the first half of season.

Although the FIA published its version of the 2012 schedule at its most recent meeting of the FIA World Motor Sport Council last month, it is understood that Ecclestone has undertaken a major reshuffle in the plans for next year.

With teams concerned about the first race being in Bahrain - because of the still uncertain political situation and the spotlight that could overshadow the season build-up ahead of the event's return to the calendar – Ecclestone's primary focus was on sorting out what to do with the Sakhir date.

As well as that, there was some concern in the United States about the possibility of hosting the new race in Austin in June – when very high temperatures could prove troublesome for drivers, teams and spectators.

Sources have revealed that Ecclestone has now finalised his major reorganisation of the calendar, which he has given to the teams for them to highlight any issues they have.

It is understood that he plans for the 2012 season to now start in Australia, with Bahrain shifting to a November date where it will be fitted in as a back-to-back with Abu Dhabi.

This will give Bahrain authorities an extra nine months to ensure the political situation in the Gulf state is improved enough for there to be no concerns from teams about the staging of the event.

As well as moving Bahrain to later on in the calendar, it is also understood that Austin will be moved to the end of the campaign – with it becoming the penultimate race of the season before Brazil. The two events will also form a back-to-back.

The shifting of Bahrain means that the 2012 season is now likely to start with the Australian Grand Prix, which will return to being a back-to-back event with Malaysia.

The Chinese and Indian Grands Prix will then follow as stand alone events, before a three week gap to the start of the European season in Barcelona.

The inclusion of this three-week gap means that F1 teams will now be able to schedule an in-season test – which will likely take place at either Mugello or Silverstone.

With the calendar size being restricted to 20 events, it is understood that Turkey is absent from the 2012 schedule that has been provided to the teams – with the Istanbul venue having stalled earlier on this year in agreeing a new contract with F1's commercial rights organisation.

Ecclestone's plans for the calendar remain provisional, but if teams do not complain about any major logistical dramas then it could be submitted to the FIA's World Motor Sport Council for ratification later this year.