Indian GP may be delayed

Indian GP may be held on December 4 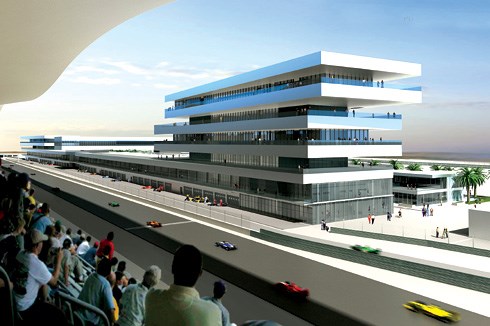 Formula 1 chiefs are considering a move to make the Indian Grand Prix the season finale on December 4, so as to accommodate the Bahrain GP back on the calendar.

As discussions continue between Bernie Ecclestone, the FIA and Bahrain officials about the race returning to the schedule, high level sources have revealed that Indian officials have been asked to look at a race date change to help accommodate the Sakhir event.

Should the plan be favored, and considering that Bahrain will be given the green light to return to the schedule, the Middle Eastern race would take India’s current October 30 slot.

There would then be a two-week gap before the Abu Dhabi GP on November 13, after which the young driver test would take place from November 15-17.

Brazil would then keep its current November 27 date, with India being moved to December 4.

With the FIA due to decide on June 3 whether or not Bahrain can return, sources suggest that chiefs want the end of season schedule reshuffle sorted before rather than waiting to see what happens with the Gulf island state race.

Although it is understood Indian officials have been asked to look at the new date, no decision has yet been taken about whether it will happen.

FIA president Jean Todt said at the Turkish Grand Prix that he was happy to give Bahrain more time.

"We completely sympathise with the problems that are happening, and we all understand that it would not have been possible to keep the grand prix as the first race of the championship," he said.

"I think if you are in a difficult situation, you need support. That is our responsibility. We need to give some support and it will penalise nobody to have a final answer by June 3."