80 meters added to the second DRS zone on the run up to turn four. 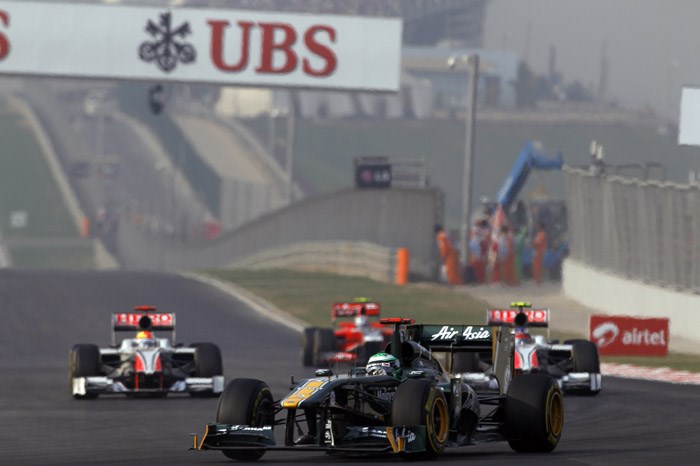 Formula 1 drivers should have a better chance of overtaking at the 2012 Indian Grand Prix thanks to the introduction of an extended DRS area for this year's race.

With the 2011 event at the Buddh International Circuit proving underwhelming in terms of passing moves - with a total of just six genuine efforts at the front of the field – the FIA has reacted to try and improve matters for this year.

As well as having the original zone that runs along the maximum distance of the start-finish straight, a second DRS zone that runs from Turn 3 to Turn 4 has been extended by 80 metres.

The FIA has also confirmed that the zones will be wholly independent, with separate detection points for each.

Sauber's head of track engineering Giampaolo Dall'Ara reckoned the revisions should be a boost to the racing.

"An interesting aspect compared to most of the other races this year is the fact there will be two DRS sections with two detection zones, which should normally help overtaking," he said.