Hyundai’s 2022 WRC racer will be based on the i20 N and will use a hybrid powertrain, in line with the new rules. 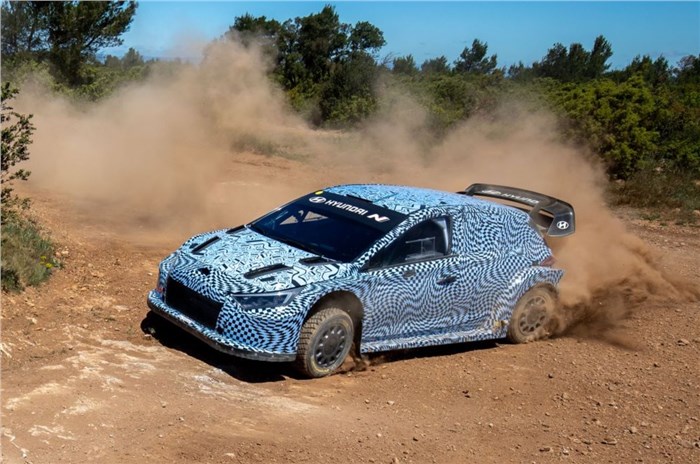 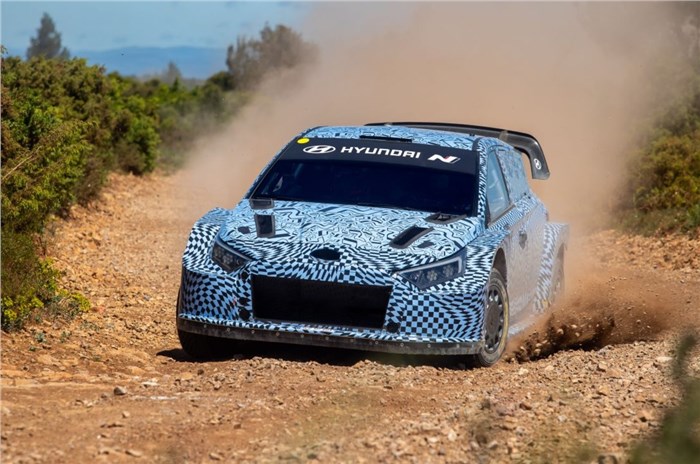 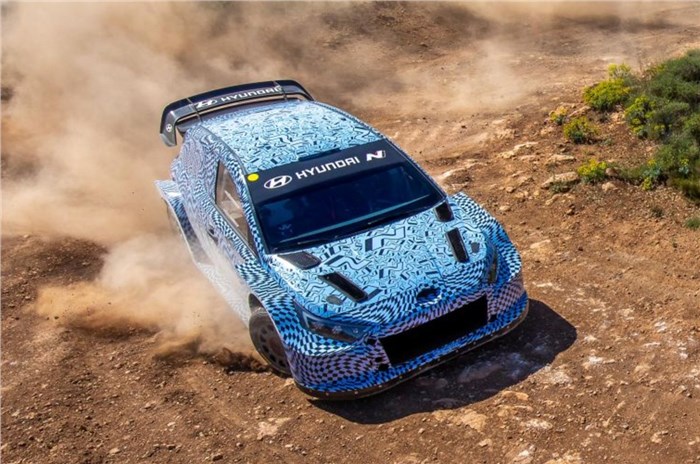 Hyundai completed the first shakedown of its upcoming 2022 World Rally Championship (WRC) racer, carrying out a three-day test on rough gravel roads. The 2022 Rally1 car makes the landmark swap to a hybrid powertrain, in line with the championship’s new regulations.

Hyundai's 'Rally1' contender is based on the new i20 N hot hatch, rather than the standard i20 that its current racer uses as its basis. Aside from the styling and branding changes that the swap will bring, it will remain, technically, a largely familiar proposition, with propulsion mainly provided by the same 1.6-litre, four-cylinder turbocharged engine that powers the current car.

The hybrid system, which will also be used in Toyota and M-Sport Ford's 2022 race cars, comprises an electric motor on the rear axle producing 136hp and 180Nm of torque. A 3.9kWh battery will allow short periods of electric-only running.

Hyundai hasn’t revealed who was behind the wheel of the prototype, but both its current drivers – Thierry Neuville and Ott Tanak – signed multi-year contracts with the team earlier this year.

Hyundai WRC team principal, Andrea Adamo, said: “It’s a special moment when you take a car to the road for the first time and, as always, there are some challenges to face.”

“In the case of our 2022 Rally1 challenger, we are starting from scratch with brand-new rules, a different concept and a new base model – the i20 N. It was thrilling to kick off the testing and to start this exciting new adventure.”

The first round of public testing took place in the south of France, following a development programme behind closed doors at Hyundai's R&D facility in Germany. The racer will now be tested in various locations across Europe to ensure its capability on all terrains that feature in the WRC calendar.

All WRC entrants must use an electrified powertrain from 2022 onwards, with the electric motor used for engine-off driving in the paddock and on road sections. It is one of a series of wide-reaching revisions for top-flight rally cars in 2022, with other changes mostly aimed at improving crash protection and body rigidity.

Hyundai’s WRC rivals have also made some progress on their hybrid racers. Toyota Gazoo Racing recently tested a Yaris mule featuring 2022 components, and it is expected to start test runs with its complete car in the coming weeks. M-Sport Ford has also started testing its 2022 challenger.