Hunt and Lauda to race in MRF series

Sons of the Formula 1 world champions will recreate their fathers' legendary rivalry in the winter championship. 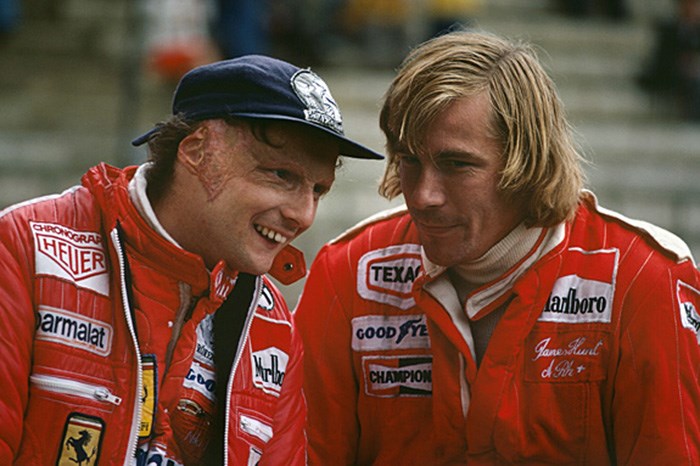 The sons of James Hunt and Niki Lauda are to re-enact their fathers' legendary Formula 1 rivalry in this winter's MRF Challenge.

Freddie Hunt and Mathias Lauda will compete as team-mates under the M&N Racing banner in the centrally run series for Formula 3-style Dallara-Renault chassis.

Hunt, who competed in British Formula Ford in 2007 and ADAC Formel Masters in Germany in 2008 and '09, has not raced a single-seater since then.

Lauda, a veteran of GP2 and Formula 3000, is currently contesting the Euro NASCAR series and recently made history by becoming the first driver to win an oval NASCAR race in the wet on grooved rubber at Tours Speedway in France.

M&N boss Jose Pottamkulam Oota said: "I met James Crofts [an agent who helps find drivers for the Indian-run MRF series] and he put me onto Freddie Hunt.

"Freddie is 26 and interested to get some seat time as he is preparing for Le Mans.

"I asked if he would be interested to race alongside his father's rival's son Mathias, and he said he would simply ask him!

"So Freddie got Mathias on board and this is the first time in their lives that they will be racing against and alongside each other."

Series boss J Anand told AUTOSPORT: "It's great for the MRF Challenge, especially as it's only two years old.

"We've had a lot of good drivers - Jordan King, Tio Ellinas, Conor Daly, Jon Lancaster - and all this shows we have a very good winter championship.

"The most important thing is that MRF is a huge tyre company and sponsors loads of drivers, just like Marlboro [in whose colours Hunt Sr and Lauda Sr both won F1 titles] used to in olden times.

"All publicity is good publicity, and this will get people from outside motorsport talking about the championship - it will be very interesting."

Anand added that the MRF Challenge, which is heavily subsidised for drivers and also offers prize money, is likely to kick off at Qatar's MotoGP circuit, before supporting the Bahrain World Endurance Championship round and finishing at Chennai in February.