HRT had been put up for sale by owner Thesan Capital just before the United States Grand Prix. 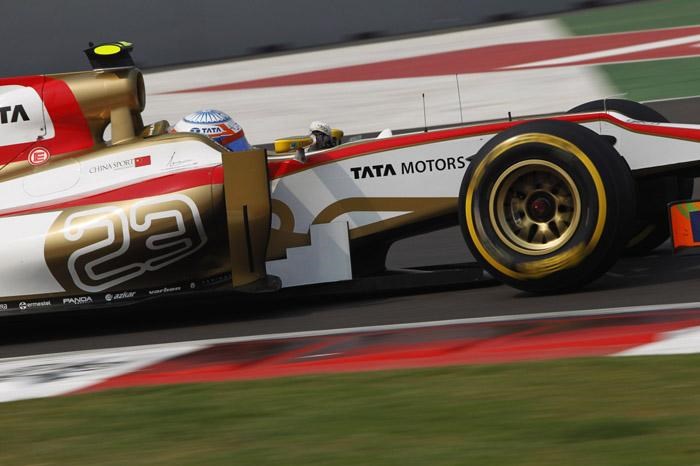 The HRT Formula 1 team looks set to officially close down after failing to find a buyer before the FIA's payment deadline for 2013 entries on Friday.

The squad was absent from the 22-car entry list published by the governing body on Saturday.

HRT had been put up for sale by owner Thesan Capital just before the United States Grand Prix.

Attempts were made to find a buyer before the entry deadline. It was understood that Chinese company Chery Automobile was among those involved in talks to save HRT.

Sources indicate that the team is now working to pay its creditors and that the plan is for the team to shut down without unpaid debts.

Team representatives declined to comment on the current situation.

HRT was originally launched as Campos Meta by former F1 driver Adrian Campos when the FIA invited new entries for the 2010 season.

But its first reconstitution happened before it even made the grid, as former Jordan/Midland boss Colin Kolles was parachuted in to lead a last-minute rescue when the project hit funding problems.

Kolles saw the renamed Hispania team through to the middle of the 2011 season, when it was bought by Thesan.

It was relocated to a Madrid base in an attempt to revive the Spanish team image that Campos had originally planned, with Luis Perez-Sala installed as team boss.

Designing its own car for the first time after adapting a Dallara-produced chassis in its early years, HRT hinted at progress in 2012 as it briefly closed on Marussia.

But it drifted away at the tail of the field by the end of the year, with its funding problems clearly apparent as tales of parts shortages dominated what turned out to be its final races.

HRT had beaten Marussia to 11th spot in the constructors' championship in its first two years, before falling to last in 2012.