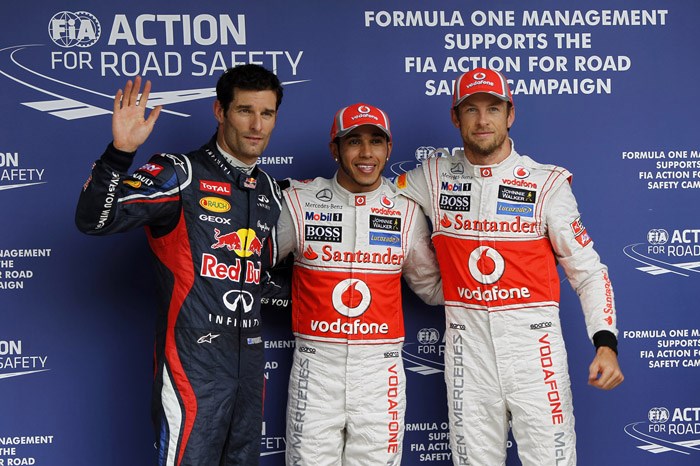 Hamilton's departure for Mercedes in 2013 means Jenson Button will be joined at McLaren by Sergio Perez, who has scored three podiums with Sauber but is yet to challenge at the front consistently or win a race.

Along with Ferrari, McLaren has been Red Bull's main opposition through the Milton Keynes squad's three-season Formula 1 title run.

But Horner believes the loss of Hamilton will significantly hamper McLaren.

"Lewis is an outstanding driver and in Lewis and Jenson they had a hugely strong driver line-up."

He added that he would not discount McLaren even with its new driver pairing.

"McLaren have had a great car this year and who's to say they won't have an even better one next year," Horner said.

But he also believes Mercedes is set to be a greater force with Hamilton onboard.

"Whichever team had taken Lewis, he would be an asset," said Horner.

"I'm sure he will naturally add performance to Mercedes next year."