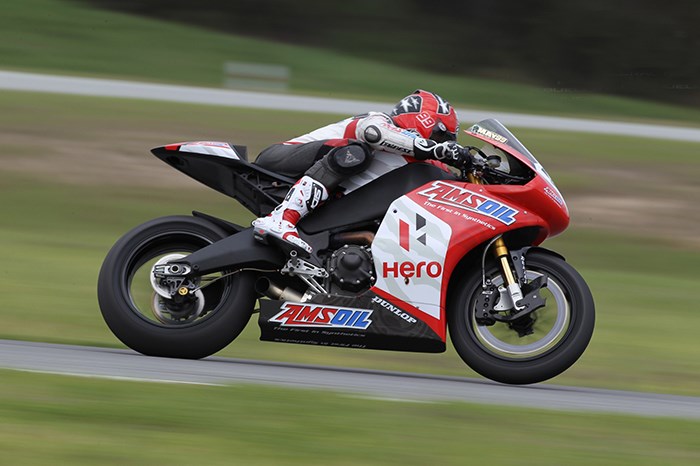 Hero Moto Corp will become the first manufacturer to make it to the World Superbike Championship in 2014 thanks to its partnership with American manufacturer Erik Buell Racing.

India’s largest two-wheeler manufacturer owns a 49.2 percent stake in EBR, with the American firm already having three seasons of AMA Superbike Championship under its belt.

The team will race under the ‘Team Hero EBR’ banner and enter a pair of EBR 1190RX Superbikes for all-American rider pairing Aaron Yates and Geoff May, who raced for the marque in 2013.

Pawan Munjal, managing director & CEO, Hero MotoCorp Ltd stated “We are delighted to be partnering with EBR at the Superbike World Championship this year. Hero is the first Indian two-wheeler brand to be associated with this event and this is also the debut year for Team Hero EBR at the series.

“This is in perfect sync with brand Hero’s fast-paced global expansion into new international markets. I am sure it is going to be a lot of fun and we do look forward to some exciting times at the championships this year.”

Hero EBR will be an exciting addition to the 2014 World Superbike grid, following the confirmation that iconic Italian marque MV Agusta will also be competing, which means as many as eight manufacturers are expected to on the grid next season.