Hamilton clinched his 11th win of the season, with Vettel and Verstappen finishing second and third, respectively. 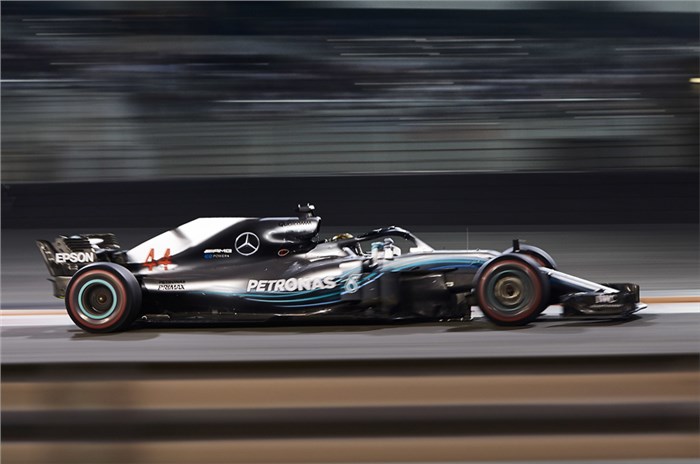 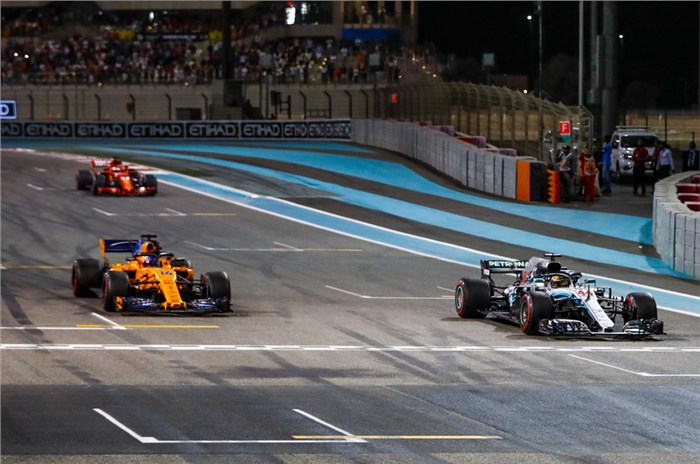 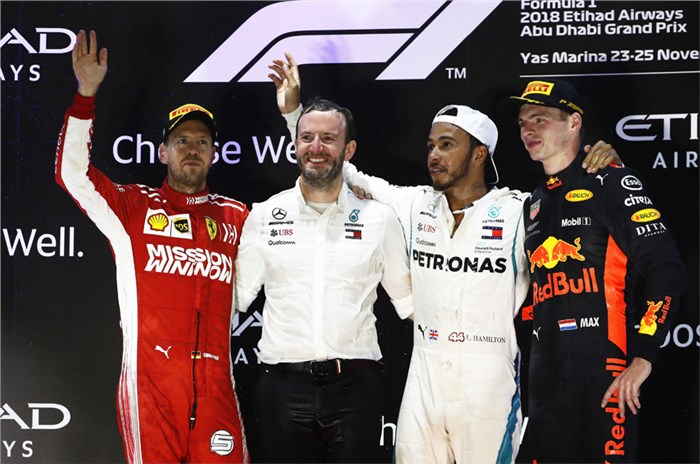 The Abu Dhabi Grand Prix saw a number of high-profile retirements, the first of which happened on the first lap itself when Nico Hulkenberg’s Renault was flipped upside down following contact with Romain Grosjean. The incident triggered a safety car as the Renault briefly caught fire, and the unhurt Hulkenberg had to wait for trackside staff to arrive and reposition the car before he could extract himself.

Hamilton nailed the restart at the end of the fourth lap to lead teammate Valtteri Bottas by more than a second over the line, followed by Sebastian Vettel and Kimi Raikkonen. But the virtual safety car was deployed on lap 7 when Raikkonen’s final race for Ferrari came to a premature end after his car lost power.

Mercedes decided to pit Hamilton under the virtual safety car, while the rest of the front runners opted to stay out. Bottas pitted nine laps later, with Vettel and Verstappen following suit a few laps later. Hamilton then re-claimed the race lead after Daniel Ricciardo finally pitted for fresh tyres on lap 34.

By then, Bottas was already appearing to struggle on his tyres. A lock up at Turn 5 and then the end of the first long back straight allowed Vettel to steal second on lap 35, and then three laps later a smaller mistake at the same place let Verstappen get a run on Bottas down the second back straight and pass him.

One lap later, Bottas lost yet another place to Ricciardo, and Mercedes decided to pit him after spotting a possible problem after the Verstappen contact. Though Bottas' troubles freed up Vettel to attack Hamilton, and bring the gap down to 2.5sec at the chequered flag, he never got close enough to attack the leader.

By keeping Ricciardo at bay for third, Verstappen was able to clinch fourth place in the drivers’ standings. Bottas finished his winless season with a distant fifth, with Sainz completing his last race for Renault in sixth place, ahead of Charles Leclerc.

Sergio Perez and the Haas duo of Romain Grosjean and Kevin Magnussen completed the top 10. Fernando Alonso was just shy of a points-scoring finish, finishing what was likely his final Formula 1 race in 11th place, despite picking up two 5-sec penalties late on for a track-limits offence.

Three more drivers joined Hulkenberg and Raikkonen in not making it to the finish. Marcus Ericsson's stint with Sauber ended in retirement after running in the points early on, before Esteban Ocon and Pierre Gasly retired within two laps of each other, with smoke coming from their respective cars.