Hamilton now has a 50 points advantage over Vettel in the drivers’ championship, with just five races remaining. 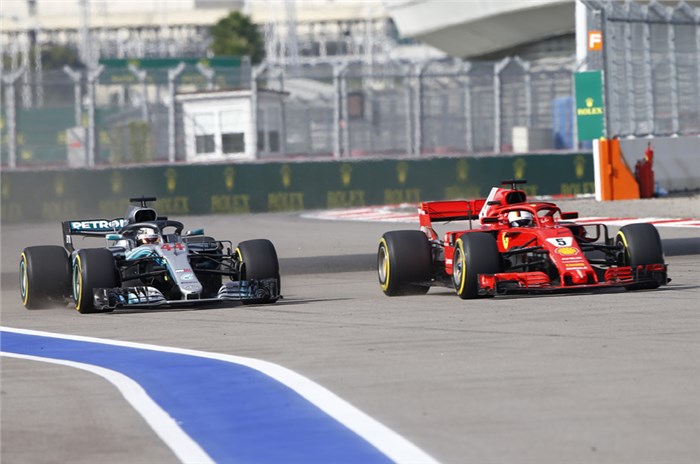 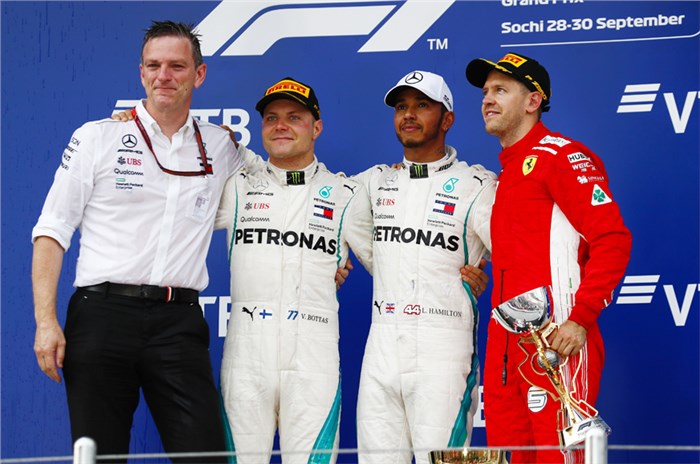 Lewis Hamilton now has a firm grip on the 2018 Formula 1 drivers’ title after cruising to victory at the Sochi Autodrom. However, the British drivers’ eighth victory of the season was a controversial one owing to team orders imposed by Mercedes.

Pole-sitter Valtteri Bottas held on to the race lead off the line. Behind him, Vettel’s strong start allowed him to attack Hamilton through the Turn 1 kink, but Hamilton regrouped in Bottas' slipstream and rebuffed the Ferrari. Hamilton had such a good run behind his team-mate that he closed right up to and locked up slightly under braking for Turn 2, which allowed Vettel to attack again through the ensuing long left-hander, but Hamilton held the place.

Elsewhere, after having to start in 19th place due to engine penalties, Max Verstappen charged through the field and was already up to fifth place by lap 7, on the more durable soft tyres.

Bottas was the first of the frontrunners to head into the pits on lap 12 and was followed by Vettel on the next lap. Ferrari attempted an undercut by pitting Vettel earlier and that allowed him to momentarily gain a position as Hamilton re-joined the track behind him after his pit stop. But Hamilton was quick to respond and was in Vettel's slipstream two laps later on the run Turn 2, eventually passing the Ferrari driver on the inside of Turn 4.

Hamilton caught and followed Bottas for several laps, with the latter being backed up by the long-running Verstappen. With the drivers’ championship in mind, Mercedes acted on lap 25, telling Bottas to slow down and let Hamilton through at Turn 13, which he did.

Hamilton reported engine "hesitations" but as those concerns appeared to ease he attacked Verstappen on lap 42, but the Red Bull driver defended his position before finally diving into the pits a lap later.

From then on, the Mercedes duo cruised to a comfortable one-two, followed by Vettel in third place. Kimi Raikkonen was a muted fourth after Verstappen lacked the pace on fresh ultrasofts to mount a challenge in the closing stages. Meanwhile, Daniel Ricciardo made it up to sixth in the second Red Bull, having been passed by Verstappen at the start and failing to replicate the speed of his team-mate's early charge after sustaining front wing damage on the opening lap.

Charles Leclerc produced a fine drive to take seventh, having ran as high as fifth early on. He was followed by Kevin Magnussen in eighth place, who had to fend off the Force India duo of Esteban Ocon and Sergio Perez for much of the race. Force India initially ordered Ocon to let his team-mate through to allow Perez to try and pass Magnussen. However, the duo one again swapped back positions after Perez was unable to pull off a pass.

The race featured only two retirements: Toro Rosso team-mates Pierre Gasly and Brendon Hartley suffered independent spins almost simultaneously but made it back to the pits to retire their cars having suffered brake failures.

Hamilton’s victory means he now has a strong 50 points advantage over Vettel in the drivers’ championship, with just five races remaining.