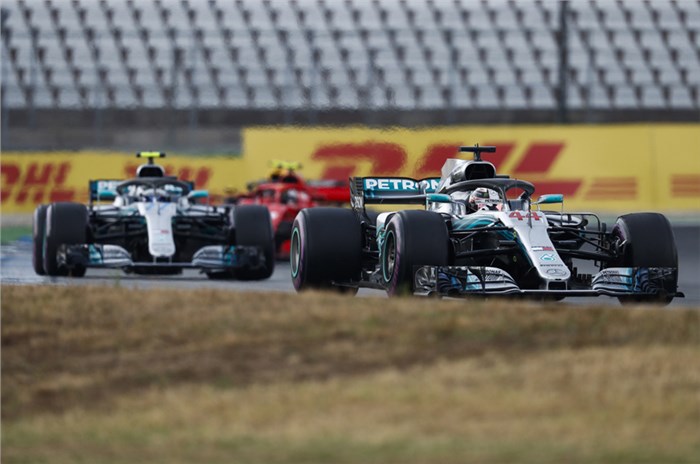 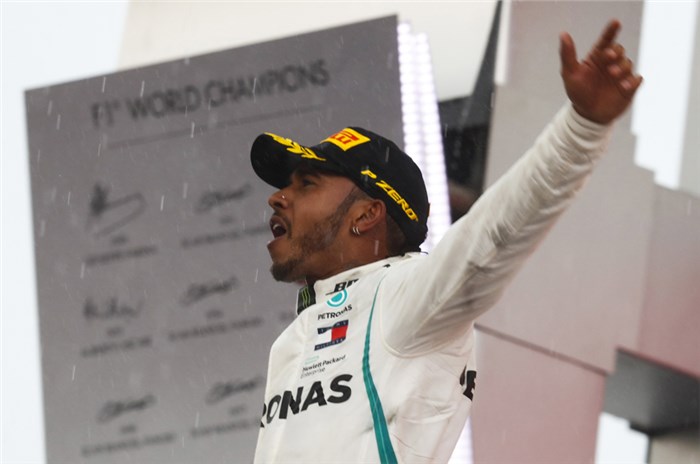 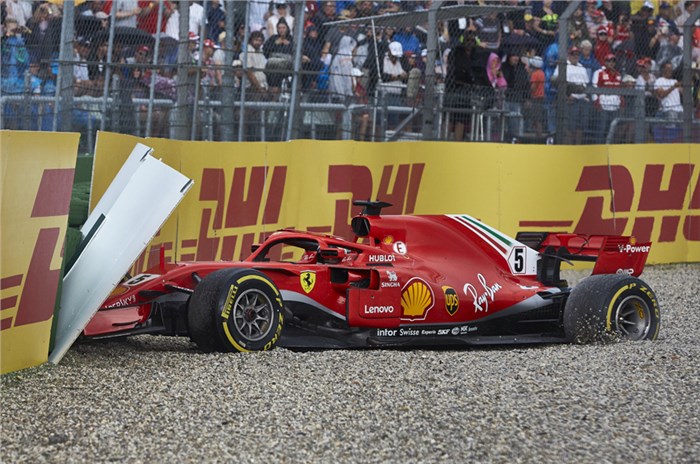 Starting 14th after suffering a hydraulics issue in qualifying, Mercedes driver Lewis Hamilton was certainly on the back foot going into Sunday’s race at the Hockenheimring. Further exacerbating the situation was the fact that his championship rival, Sebastian Vettel, qualified 13 places ahead of him, putting his Ferrari in pole position. However, there was a reversal of fortunes as the race went on.

Vettel made a clean start and led the pack into turn one, while Valtteri Bottas, Kimi Raikkonen and Max Verstappen held their respective positions behind the leader. Hamilton started on soft tyres, as opposed to the ultrasofts of the leaders, and carved his way through the field to secure seventh place by lap eight.

Daniel Ricciardo, meanwhile, had just climbed up to sixth place when he had to pull over due to a power unit problem. His Red Bull car had just been fitted with a new MGU-K, energy store and control electronics unit, and was forced to start from 19th place as a result.

Raikkonen was the first of the front-runners to dive into the pits, followed 11 laps later by Vettel, who by that point had built up a 25 second lead over Bottas. When both Ferraris rejoined, it was Raikkonen who emerged with a small lead over Vettel. However, with the German being on fresher tyres, Kimi was instructed to let him pass.

Bottas dived into the pits three laps later, followed by Verstappen, and the initial positions were maintained after the first round of pit stops.

Lewis Hamilton managed to squeeze 42 laps out of his soft tyres, before coming into the pits for ultrasofts. Soon after this, rain began to fall in certain sections of the track, most heavily at the turn six hairpin. This prompted some drivers, including Verstappen, to come in for intermediate tyres. However, the rest of the track was mostly dry and the rain began to ease, forcing most of them to change back to slicks, only for the rain to return a few laps later.

In the midst of all this chaos, Vettel was doing his best to hold his lead, and manage his slick tyres in the tricky conditions. However, on lap 52, he lost control of his car and crashed into the barriers at turn 13.

With Vettel’s crash triggering a safety car, Bottas and Raikkonen dived into the pits for fresh ultrasoft rubber. There was disarray in the Mercedes garage, as Hamilton was first called into the pits, then almost immediately told to stay out, resulting in him controversially cutting across the pit entry line. But he ultimately held on to his race victory, with the FIA handing him a reprimand for the incident.

All this left Hamilton leading when the safety car pulled in, with the two Finns chasing him. When racing resumed, the track was dry and Bottas attempted to pass his team-mate at turn six, but was unable to do so. Shortly after this, he was instructed to hold his position, and Hamilton pulled away to take victory by four and a half seconds. Raikkonen was unable to challenge Bottas, and finished on the bottom step of the podium. Verstappen held onto his grid position and finished in fourth.

Behind the front-runners, Hulkenberg took a respectable fifth place for Renault, followed by the Haas of Romain Grosjean. The two Force India cars came home in seventh and eighth - a strong double points finish with Sergio Perez leading Esteban Ocon. The top 10 was rounded off by Marcus Ericsson and Brendon Hartley.

Vettel’s DNF coupled with a victory for Hamilton means that the Englishman once again takes over the championship lead. Ahead of the Hungarian GP, Vettel trails Hamilton by 17 points and will be hoping to reduce this deficit in under one week’s time. The German GP has also had a big impact on the constructors’ standings, with Mercedes now leading Ferrari by eight points.