The timing of Vettel’s retirement from the race played a crucial role in Mercedes securing a 1-2 finish at Sochi. 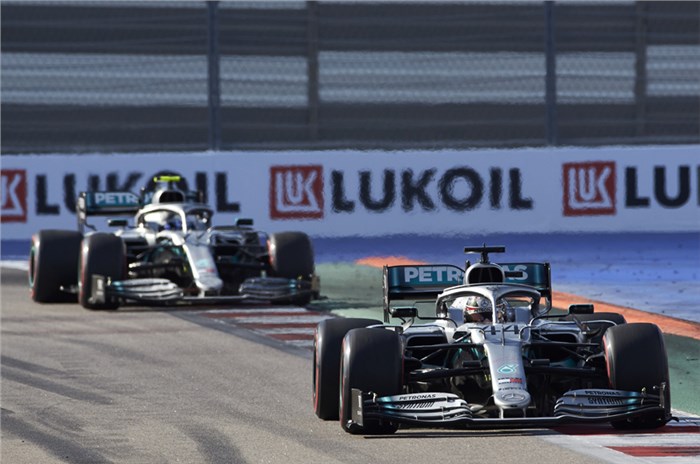 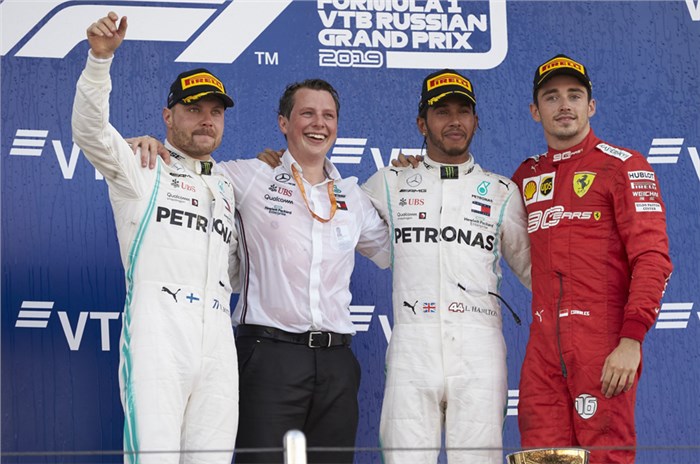 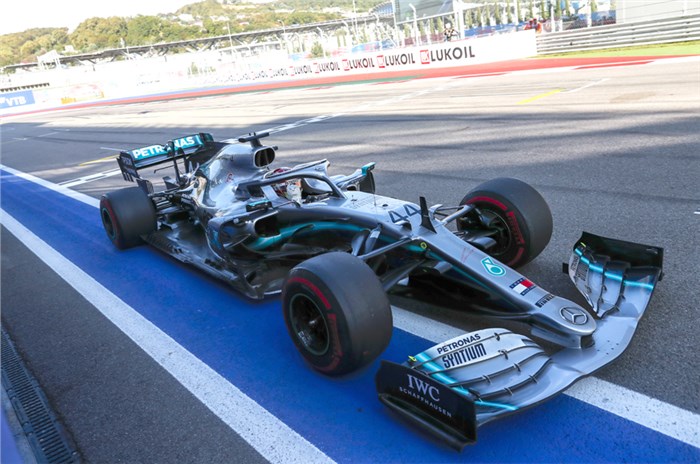 Ferrari’s strategy ended up taking the spotlight at the Russian GP; Vettel made a good start and found himself leading the race at the end of the Lap 1 after overtaking both Hamilton and Leclerc. However, it soon emerged that this was part of a pre-planned strategy to ensure Ferrari could secure the top two positions earlier in the race. After the first safety car period – triggered by Romain Grosjean’s Haas retirement, following a three-car incident involving him, Daniel Ricciardo and Antonio Giovinazzi – was over, Ferrari instructed Vettel to swap places with Leclerc. But with Vettel continuing to pull away at front and Hamilton catching up on the duo, a decision was made to hold position.

Instead, Ferrari decided to go for the undercut with Leclerc, pitting him early in the race. On the other hand, both the Mercedes drivers – having started the race on the more durable medium tyres – stayed out for longer. Leclerc was able to use the fresh tyres to gain some crucial time, and soon enough Vettel emerged from his pit stop positioned behind his teammate. Just when it seemed like it was shaping up to be a tightly fought battle for the lead, Vettel was forced to stop, citing energy-recovery issues.

The timing of Vettel’s retirement ultimately played a crucial role in Mercedes securing a 1-2 finish. The resulting Virtual Safety Car essentially handed Hamilton and Bottas a free pit stop. The safety car was then brought out when George Russell retired with what appeared to be a brake issue, and Ferrari opted to pit Leclerc for a fresh set of soft tyres, to give him a fighting chance and overtake the two Mercedes drivers ahead. Leclerc spent the next several laps trying to find a way past Bottas, but was unable to do so.

This allowed Hamilton to cruise to victory and take his first win since the 2019 Hungarian GP. He has now extended his championship lead to a mammoth 73 points. Bottas crossed the chequered flag in 2nd place, ahead of Leclerc and Max Verstappen.

With all the chaos unfolding out at front, Red Bull’s Alexander Albon quietly climbed up the order after starting from the pit lane; his impressive recovery drive saw him secure 5th place. McLaren’s Carlos Sainz finished 6th, followed by Sergio  Pérez and Lando Norris. Kevin Magnussen crossed the line in 8th place, but was handed a 5sec penalty for leaving the track at Turn 2. With the penalty applied, he classified 9th in the race standings, with Nico Hülkenberg  wrapping up the top 10.