Valtteri Bottas was able to fend off Charles Leclerc in the closing laps to take 2nd place. 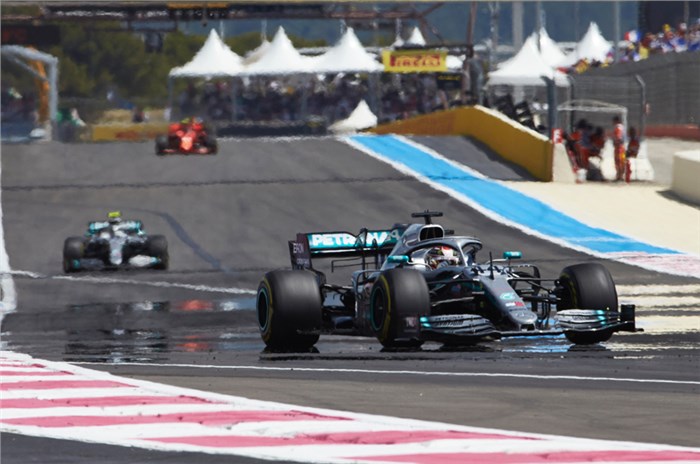 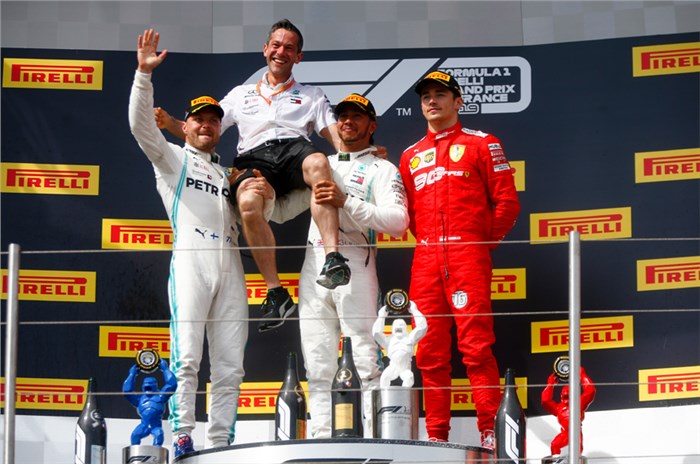 Mercedes clinched its sixth 1-2 finish in eight races after Lewis Hamilton took a dominant lights-to-flag win at the French GP ahead of team-mate Valtteri Bottas and Ferrari’s Charles Leclerc. With his latest race win, Hamilton has already established a firm 36 point-lead over second-place Bottas in the championship.

Starting the race from pole position, Hamilton made a clean start and went on to lead every lap of the race. Despite reporting blisters on his front tyres, he put on a dominant display and crossed the chequered flag just over 18 seconds ahead of his team-mate. Leclerc gained the upper hand on Max Verstappen on the opening lap as the two ran side-by-side into Turn 3. Thereafter, he spent the majority of his time trailing Bottas. However, the Ferrari driver amped up the challenge in the final two laps, benefitting from a late-race Virtual Safety Car period. Despite getting into DRS distance, he was unable to find a way past Bottas and had to settle for the final podium spot.

After a disappointing qualifying session saw him start the race from down in 7th place, Sebastian Vettel could only salvage a 5th place finish. He found a way past both the McLaren drivers on lap 7 and then started catching up to Verstappen ahead of him. At one point, Vettel managed to close the gap to Verstappen to three seconds. However, with Ferrari deciding to run him longer in the first stint, by the time he’d re-joined the track after his pit stop, he was 5.9 seconds behind Verstappen. As some consolation, the Ferrari driver did bag an extra point for setting the fastest lap of the race – the team pitted him for fresh soft tyres with just two laps to go as he had created a sufficient gap between himself and Carlos Sainz.

Sainz took an impressive 6th place finish, after passing his McLaren team-mate Lando Norris on the opening lap. Norris himself was running in 7th place until the very last lap, when his car suffered a hydraulics issue. As a result, Daniel Ricciardo crossed the line in 7th place, but was handed two post-race penalties for going off-track while battling Norris and Kimi Raikkonen. The penalties dropped Ricciardo to 11th place in the final standings, promoting Raikkonen to 7th place, followed by Nico Hulkenberg, Lando Norris and Pierre Gasly.