Despite crossing the finish line in first place, a penalty for rejoining the track in an unsafe manner demoted Vettel to second. 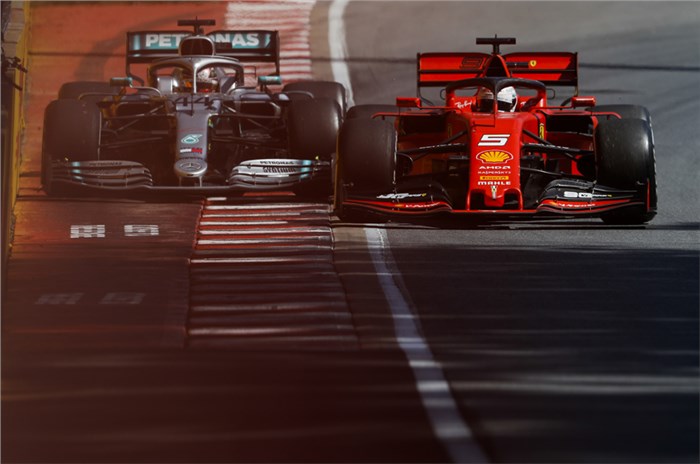 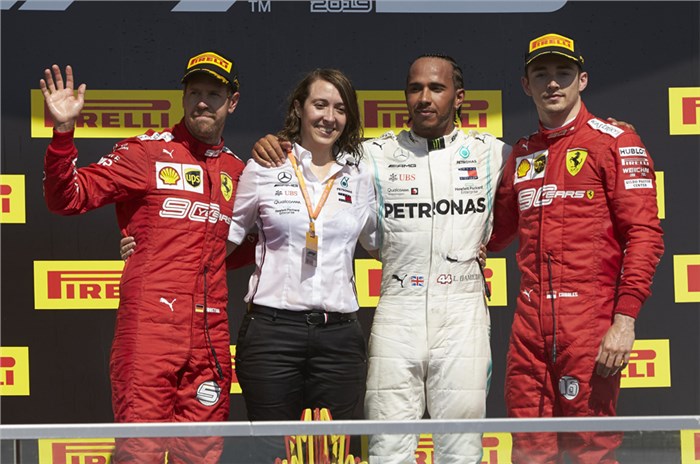 The 2019 Canadian GP saw a dramatic conclusion as a five-second time penalty for Sebastian Vettel handed the race win to Lewis Hamilton, despite the former crossing the chequered flag in first place.

Taking his first pole position since the German GP last year, Vettel enjoyed a clean start to the race and managed to keep a charging Hamilton at bay before pitting on lap 27 of 70. Mercedes’ decision to keep Hamilton out for an extra lap resulted in him losing some time to the Ferrari driver, but he made use of his superior pace on the hard tyres to catch up to Vettel within nine laps.

The defining moment of the race came on lap 48 when Vettel lost the rear of his car and ran across the grass at the Turn 3-4 chicane, squeezing Hamilton as he rejoined the track. After investigating the incident, the stewards handed Vettel a controversial five-second time penalty for rejoining in an unsafe manner, thereby denying Ferrari the chance to end Mercedes’ winning streak in F1 this season. By the time the penalty was announced, Vettel held a gap of just over two seconds and was unable to extend that lead. Despite leading every lap of the race, the penalty demoted Vettel to 2nd place, with Lewis Hamilton going on to take his seventh win at the Canadian GP – equaling Michael Schumacher’s record in Montreal.

Vettel briefly faced the threat of dropping to 3rd place as his team-mate Charles Leclerc started gaining ground in the final few laps, but Leclerc eventually ended up one second behind Vettel in the final classification. After a disappointing qualifying session saw him start the race from 6th place, Valtteri Bottas initially lost a place to Nico Hulkenberg at the start, but was able to salvage a 4th place finish.

Max Verstappen had also suffered a poor qualifying session, failing to make it into Q3. The Red Bull driver pulled off a longer 49-lap first stint on the hard tyres to take 5th place ahead of the Renault duo of Daniel Ricciardo and Nico Hulkenberg, who secured the team’s best result of the year so far. Lance Stroll had to run the race with an older-spec engine after suffering an engine failure in the final practice session, and went on to take a strong 9th place finish in his home race, behind Pierre Gasly, while Daniil Kvyat wrapped up the top 10.

His Canadian GP victory had helped Hamilton extend his championship lead to 29 points from Bottas, with Vettel 62 points adrift the lead in 3rd place.