Hamilton says he will take engine penalty at Belgian GP

Hamilton has been aware that a penalty would occur some time after the break as he had used five MGU-H and turbo components in the first half. 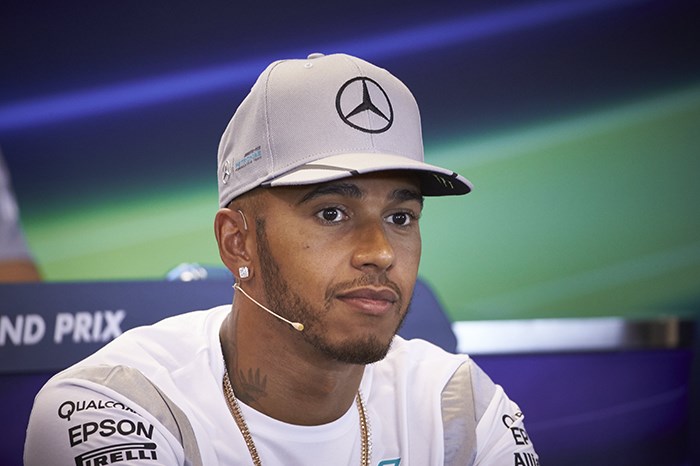 Formula 1 world champion Lewis Hamilton says he will take a engine penalty for this weekend's Belgian Grand Prix but it remains unclear how large it will be.

Hamilton has been aware that a penalty would occur some time after the break as he had used five MGU-H and turbo components in the first half of the season.

Mercedes says it "cannot be precise" about how big the penalty will be, suggesting it has yet to decide how many components it will change.

Hamilton has previously said there was the prospect Mercedes would take a double penalty and provide him with two new power units at one race weekend to build up a pool of parts.

Mercedes does not expect to be in a position to confirm its plans until at some point on Friday at the earliest.

With Mercedes expected to replace at least both the MGU-H and turbo, which each incurs a 10-place grid penalty, Hamilton is set to drop a minimum of 20 places.

"We will be taking a penalty here this weekend," said Hamilton, who won six out of seven races before the break to build a 19-point cushion over team-mate Nico Rosberg.

"I have no engines left.

"I'll do everything I can to minimise the impact it will have.

"Beyond that penalty I'll eventually take, I think I'll be able to continue with the momentum I had before the break."

Hamilton referenced the 2014 Hungarian Grand Prix, where he fought back from a pitlane start to finish third, to say what would be possible on Sunday but admitted it will be tougher as the performance of the grid has converged.

"Winning is the goal but it will be very hard," he said. "The gap has closed between the other cars in the third year of evolution of these cars.

"Red Bull have been very quick at some races, the same with Ferrari particularly and down the whole grid so it'll be harder than last year and the year before to climb through the field.

"All sorts of things can happen.

"In Hungary a couple of years ago when the gaps were much bigger, I came third. Sunday will definitely be harder than that.

"I just hope I can get into the points."

When asked if it was fair for a driver to pay the penalty for teams' component failures, in reference to the series of engine problems he has encountered this year, Hamilton said: "It's a team sport.

"We win and lose together as a team. I don't look at it as incompetence, I see it as a growing experience because we have learned a lot from the issues that have happened and hopefully they don't happen again.

"It's unfortunate I'm the test mouse or whatever you want to call it that has tested all of the issues as none of the other Mercedes engines have had the problems I have had."