New rules for 2016 dictate that drivers will be eliminated at 90-second intervals during the second half of each segment of qualifying. 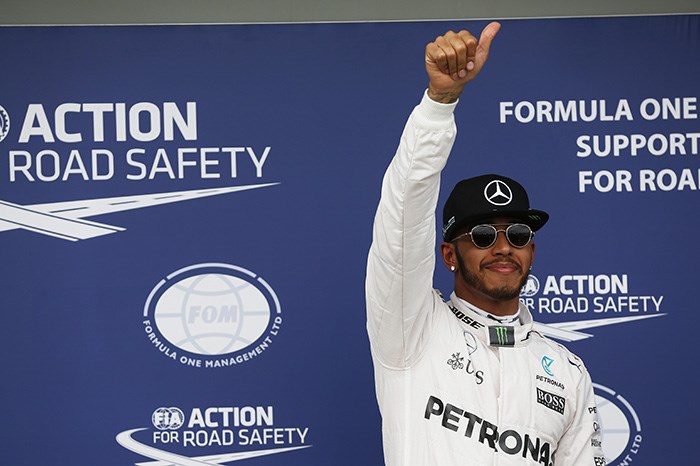 Lewis Hamilton beat Nico Rosberg to pole position for the Australian Grand Prix, as Formula 1 experimented with a new qualifying format for the first time since 2006.

New rules for 2016 dictate that drivers will be eliminated at 90-second intervals during the second half of each segment of qualifying, in a bid to mix-up the grids.

This created a rush to do fast times early on in each segment, and left insufficient times for slower runners to react to the threat of elimination.

It made Q1 exciting, Q2 less so, and was disastrous for Q3 where only the two Mercedes bothered to attempt second runs.

Thus attempts to create a mixed-up grid led to the usual pole position shootout between the two Mercedes drivers.

Hamilton led the way after the first runs and that time was already good enough for top spot before he improved on his second attempt, thanks to team-mate Nico Rosberg falling short of Hamilton's earlier benchmark with his own final effort.

The remaining Q3 runners sat in their garages to watch themselves be eliminated from contention, and the pressure to get in and out of the pits in time for Mercedes' second runs meant there were no cars on track for the final 2m30s of the session.

The Ferraris of Sebastian Vettel and Kimi Raikkonen locked out row two, but ended up well adrift of the Mercedes, despite being promisingly close in final practice.

Toro Rosso's Max Verstappen qualified an excellent fifth, narrowly ahead of Felipe Massa's Williams and with the sister STR-Ferrari of Carlos Sainz Jr next up.

The McLaren-Hondas of Fernando Alonso and Jenson Button, and the two works Renaults of Jolyon Palmer and Kevin Magnussen, were the early victims in Q2 with none of the four bothering to attempt second runs.

Alonso ended up 12th, just under two tenths faster than Button, while rookie Palmer edged Magnussen out by 0.141s.

Sainz managed to escape elimination, having languished in the drop zone after his first flier, but Valtteri Bottas failed to improve before the clock ran out on his Williams so he ended up 11th, behind Force India pair Sergio Perez and Nico Hulkenberg.

Both Manor drivers were sitting in their garages when Q1 elimination began, before Haas's Esteban Gutierrez and Romain Grosjean were the first drivers to be eliminated while still on-track, after running out of time while attempting to go faster on a second set of tyres.

Red Bull's Daniil Kvyat was the highest profile casualty, ending up 18th fastest in a car easily good enough for the top 10.

The Russian was seen walking through the pitlane as his elimination time came up.

Sauber's Felipe Nasr also ran out of time while on track, ending up 17th.

Palmer vaulted up to 14th, just ahead of Magnussen, with his final flying effort, while Ericsson locked up heavily at the penultimate corner so dropped to 16th and into elimination.