The British driver returns to India just a month after the night demo in Mumbai. 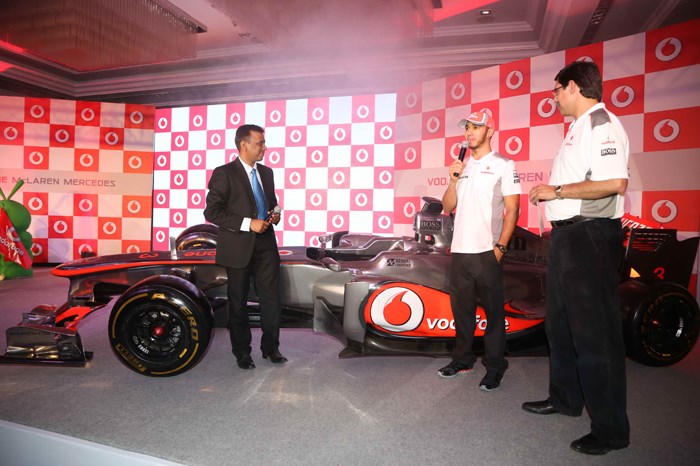 Lewis Hamilton is no stranger to India, having visited the country several times thanks to McLaren-Mercedes' association with Vodafone - India being a key market for the telecommunication major

On his first visit in 2008, Hamilton raced karts at the Powai track in Mumbai in 2008, then played cricket in Delhi in 2009, and burnt rubber at the Chennai circuit in 2010. Last year, he demonstrated the McLaren-Mercedes F1 car in Bangalore prior to the inaugural Indian GP and his last visit to India was just over a month ago, when he once again demonstrated the F1 car under the floodlights at the Bandra Kurla complex in Mumbai.

Now back for the second edition of the Indian GP, the 2008 World Champion who will drive for to Mercedes-AMG next year, is looking forward to the Indian experience and getting out on the Buddh International Circuit once again.

"Each time I return to India, I want to spend more time and come back to see more of this country.

"It is very gratifying to see a growing interest and enthusiasm for motor-racing sport in India and I would like to thank Vodafone, for their continued support to the team.”

Hamilton, who conceded that he was realistically out of the 2012 championship contention after struggling to a tenth place finish at the Korean GP, said he was still looking forward to the mixed challenges offered by the BIC.

“The track looks great, it has quite a nice mix of corners - even though the start of the lap is pretty stop-start, the middle sector and the end is more interesting. Overtaking possibilities will be better this year before of longer DRS zones.

"I am looking forward to the first practice session on Friday to get a feel of things and see how the weekend shapes up."

Additionally, to relieve some of the commuting stress experienced by those coming to the BIC on race day, Vodafone has received the approval from the Noida Toll Bridge company to make the DND Flyaway toll-free from 8am to 10pm, which will  go a long way in easing traffic snarls which road users experienced last year.