Hamilton set the pace during the early running while the field was using the slower hard-compound Pirellis. 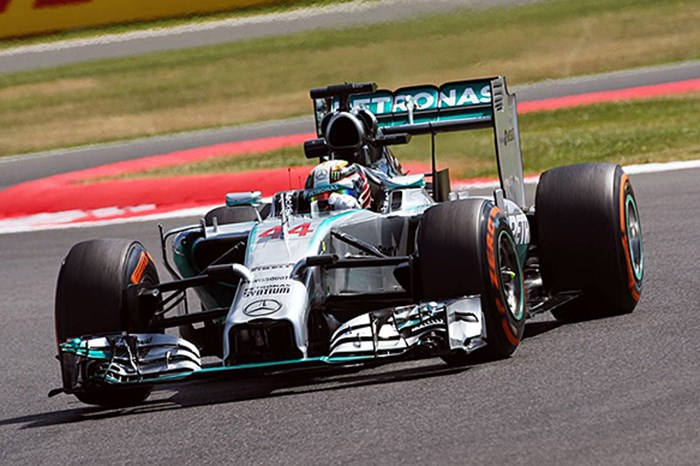 Hamilton set the pace during the early running while the field was using the slower hard-compound Pirellis, around two tenths faster than Rosberg, with Red Bull driver Daniel Ricciardo splitting the pair.

But although Rosberg briefly took top spot on his first flying lap on mediums, there were some scruffy moments during the lap and he struggled to put as good time together as he would have liked to.

Hamilton produced a better lap, even though he was slower than Rosberg in the first sector of the lap, ending up 0.228s faster.

He later showed that he had the potential to lap even faster, setting the fastest opening sector of all on the fifth lap of his medium run before heading for the pits.

But Hamilton suffered a setback with 30 minutes remaining when his engine shut down while he was on an out-lap, meaning he completed only 14 laps.

Fernando Alonso was third fastest, just under three quarters of a second down.

This meant Ricciardo slipped to fourth, one second off the pace after failing to improve his lap time on the mediums, complaining that the front tyres did not come up to temperature.

Sebastian Vettel was able to find pace on the medium rubber, but still ended up just over a tenth behind his team-mate in fifth place after struggling with balance problems.

After sitting out morning practice to allow Susie Wolff to make her F1 weekend debut, Valtteri Bottas was sixth fastest, 1.5s off the pace. He suffered a problem with his engine cover on the left side of the car suffering damage late in the session.

His car had managed only four laps in the morning following an engine failure, but was still able to take to the track early in the session after quick work by the Williams team.

Jenson Button was one of the later drivers to try the mediums with just over 40 minutes remaining, pipping McLaren team-mate Kevin Magnussen by seven hundredths.

Kimi Raikkonen and Jean-Eric Vergne rounded out the top 10, with Felipe Massa 11th after joining the session late following repairs required by damaged sustained when he crashed exiting Stowe during the morning session.

Vergne himself escaped an accident when the left-front wheel came free from his Toro Rosso at Abbey late in the session, forcing him to stop on track.

Esteban Gutierrez, who was the first to set a time on mediums and briefly climbed as high as sixth, ended up 13th behind Daniil Kvyat.

Lotus had a trying day, with Pastor Maldonado going 14th fastest after missing the morning session and Romain Grosjean battling an unstable car, at one stage losing the rear at Luffield and running through the gravel.

Local team Force India, based across the road from the main entrance of Silverstone, had a low-key day, with Sergio Perez and Nico Hulkenberg 16th and 17th.

Marcus Ericsson, who ended up slowest, pulled into the old pitlane with a problem with 25 minutes remaining and a hole in his engine cover.

Marussia's Jules Bianchi had held bottom spot for much of the session after battling a battery problem, but he improved to 19th fastest late on.