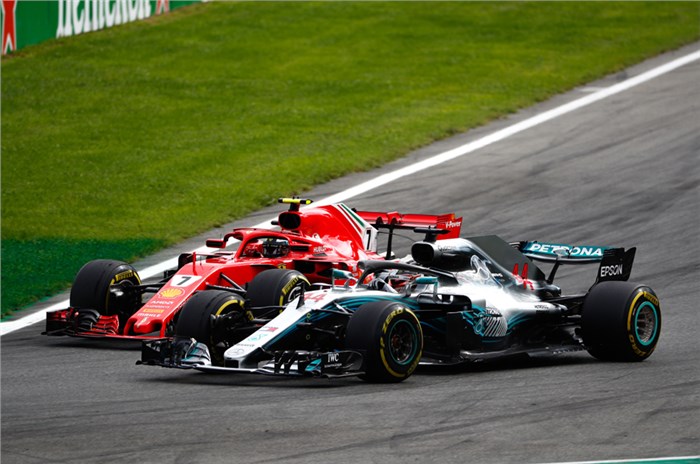 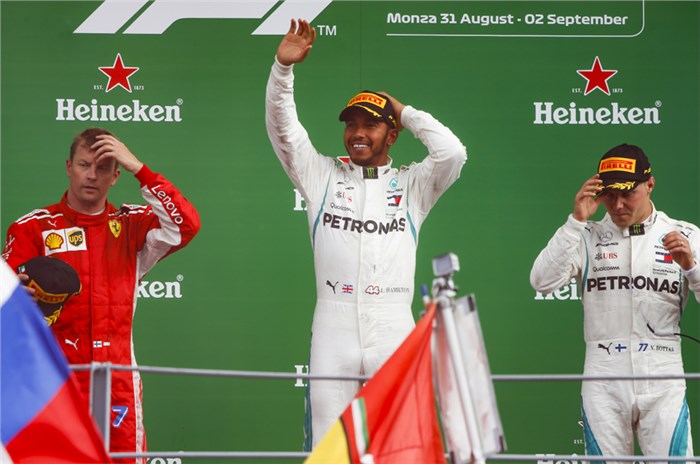 Lewis Hamilton has stretched out his lead over Sebastian Vettel in the 2018 F1 drivers’ championship to 30 points, after passing Kimi Raikkonen on lap 45 to win the Italian GP.

Ferrari locked out the front row in qualifying, with Raikkonen clinching pole and setting the fastest-ever lap in Formula 1 history in the process. However, the race saw a reversal of fortune for the team, with Vettel dropping to the back of the field after making contact with Hamilton on the opening lap. Hamilton overtook Vettel around the outside into the second chicane on the opening lap, and Vettel ran wide, hit the Mercedes and spun to the back.

Brendon Hartley triggered a safety car after pulling over seconds after the start, having been pincered on the run to the first corner. Vettel did benefit from the safety car as he headed into the pits for a new front wing and a set of soft tyres.

Racing resumed on lap four, with Hamilton drafting Raikkonen at the restart and overtaking him into the Rettifilo chicane, but Raikkonen retook the lead with an immediate counter-attack around the outside into the Roggia chicane. For the rest of the opening stint, Hamilton gradually drifted outside of DRS range, but Raikkonen's lead never rose above 2sec before he stopped on lap 20 of 53.

Mercedes, meanwhile, decided to keep both drivers out longer. Bottas was able to hold up Raikkonen, allowing Hamilton to close in within Raikkonen's DRS range on fresher rubber. Bottas led until lap 36 before pitting, releasing Raikkonen and Hamilton to duke it out for the win.

Hamilton was closer than ever as they crossed the line to start the 45th lap. He only drew alongside the Ferrari as they approached the braking zone but nailed Raikkonen around the outside. Raikkonen tried to fight back into the Roggia chicane but Hamilton held the place and quickly broke clear as Raikkonen nursed a blister on his left rear tyre.

Bottas had used his fresh tyres to quickly wipe out Verstappen's 3sec lead and started to attack for the final podium place with 10 laps to go. He got a great run on Verstappen and pulled to the outside when Verstappen moved under, braking for the first chicane, which bumped Bottas onto the grass and sent him onto the run-off.

The stewards handed Verstappen a 5sec time penalty for the incident, dropping him to 5th place in the final race result, despite crossing the chequered flag in 3rd place. Vettel recovered to 5th place, and salvaged an additional 2 points after Verstappen’s penalty promoted him to 4th.

Grosjean finished the race in 6th, but was later disqualified after his car was found to be in breach of the rules. This promoted Esteban Ocon to 6th place, ahead of teammate Sergio Perez. Carlos Sainz Jr finished 8th for Renault, while Lance Stroll claimed only the second points finish of the year for Williams as he completed the race in 9th place. Grosjean’s post-race disqualification also resulted in Sergey Sirotkin scoring his first point in F1, as the Williams driver rounded up the top 10.

Two drivers joined Hartley in retirement over the grand prix – Fernando Alonso stopped his McLaren with an unconfirmed problem on lap 10, while Daniel Ricciardo retired with a clutch problem.