The Frenchman was confirmed by team owner Gene Haas and team principal Gunther Steiner during a press conference at Haas' headquarters in Kannapolis. 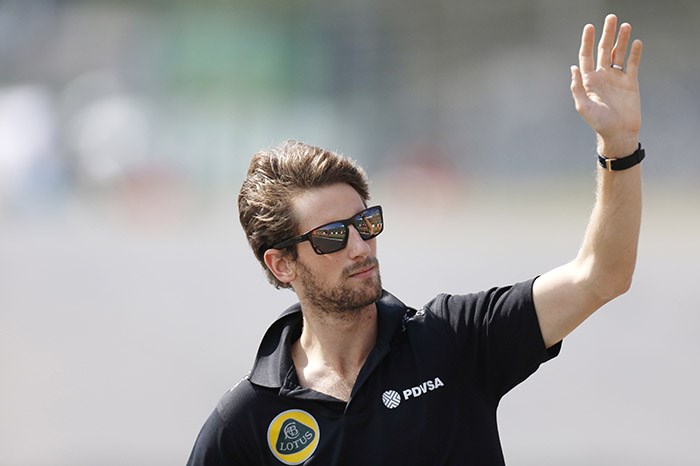 The Frenchman was confirmed by team owner Gene Haas and team principal Gunther Steiner during a press conference at Haas' headquarters in Kannapolis.

Grosjean made his F1 debut with the Enstone-based squad in 2009, when it was last known as Renault.

Following two seasons on the sidelines, he rejoined Lotus in 2012, and has since recorded 10 podium finishes.

Asked why he had joined, Grosjean replied: "It's a question I have had to ask myself, thinking about your future and career, which is always important.

"I like the fact it's different to what a normal F1 team would do, and it's an approach that could be pretty successful.

"When you're racing in F1 you're doing so not to be last, but to be doing your best as a team and as a driver, and drinking champagne on the podium.

"I also like the partnership with Ferrari, with the way things have been going slowly and nicely, and I'm very happy with the decision."

Explaining his thinking behind selecting the 29-year-old Frenchman, who has competed in 78 grands prix, team owner Gene Haas said: "This is part of our long-term strategy.

"We wanted an experienced driver to lead our team into the 2016 season.

"F1 is a tricky business, and like any business you have to learn, and the best way is to learn from other people.

"Romain was one of several candidates, he has been in F1 for many years, and been excellent for Team Lotus.

"I reviewed a lot of videos of his driving style, and one of the things that is very impressive is that he has scored points every season, and our primary goal is to be able to score points.

"As a piece of the puzzle he is going to have a lot of work to do, he is our lead driver."