The Frenchman had also topped the second day of running at the Italian circuit. 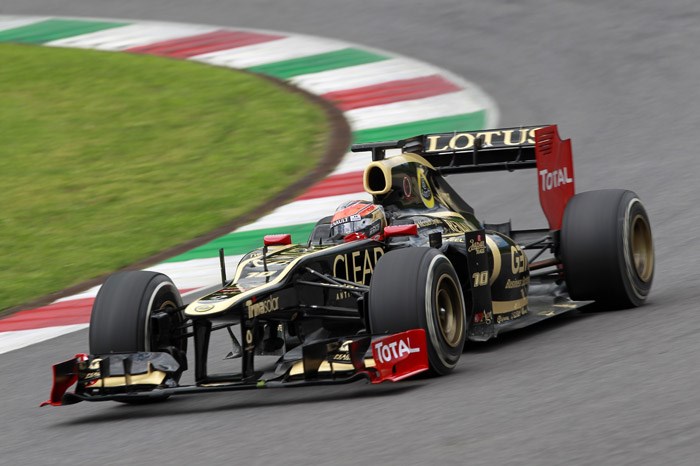 Romain Grosjean put the seal on an impressive test at Mugello for his Lotus team by going fastest on the final afternoon.

His best - a 1m21.035s set with two hours of the afternoon to run - was the quickest any driver managed across the three days.

The Frenchman had also topped the second day of running at the Italian circuit, Lotus having opted to alter plans and give him both days of testing following the day one washout.

Sebastian Vettel's morning best was enough to keep him second for Red Bull, less than one tenth of a second ahead of Ferrari's Fernando Alonso.

The Spaniard had set the early running in a Ferrari featuring revisions to its exhaust exits and rear bodywork, but an hour in he went off and nudged the wall at Turn 12, leading to delays of more than two hours for the Scuderia.

Toro Rosso's Daniel Ricciardo closed to within a quarter of a second of Alonso in the afternoon, ending the day fourth fastest.

Sergio Perez finished six tenths of a second down the road in fifth, having triggered one of several red flags on the final day when his Sauber stopped on the main straight at the exit of the pitlane.

Nico Hulkenberg, taking over from Paul di Resta for the final afternoon, was less than one tenth of a second slower in sixth.

Di Resta was initially tucked up behind his Force India stable-mate, but late improvements from Pastor Maldonado, Oliver Turvey and Nico Rosberg forced him down to 10th.

Turvey meanwhile completed a low-key test for McLaren, which opted not to run either of its two race drivers, by finishing ninth ahead of Heikki Kovalainen and Timo Glock.

Kovalainen was the busiest driver of the day, completing 138 laps in the Caterham.