Grosjean and Magnussen to continue racing for Haas F1

The team will retain its current driver line-up for the 2019 Formula 1 season. 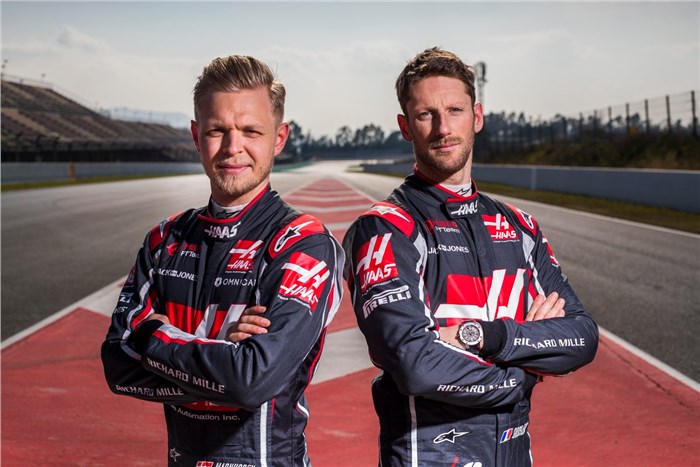 The Haas Formula 1 team has decided to continue with an unchanged driver line-up of Romain Grosjean and Kevin Magnussen for the 2019 season.

2019 will mark Magnussen’s third year with the team, while Grosjean has been with the American outfit since its inception in 2016. Magnussen has been Haas' lead driver this season and the Dane is 9th in the championship with 49 points.

While Magnussen's impressive second season with the US team made his continuation a formality, Grosjean was under pressure following a string of high-profile errors early in the year. He recovered from that by scoring Haas' best F1 result with 4th in Austria and has since banked three more points finishes to help the team fight Renault for 4th in the constructors' championship.

"It's impressive to see what this team has accomplished in such a relatively short time, and for someone who has been here since the very beginning, I take a lot of pride in the time, effort and sacrifice we've all put forth to make Haas F1 Team so competitive," Grosjean said.

"We've improved drastically from last year to this year, so retaining both drivers was a pretty easy decision.”