A report on the website of the German Sport Bild newspaper stated that Glock and Marussia had agreed to part terms. 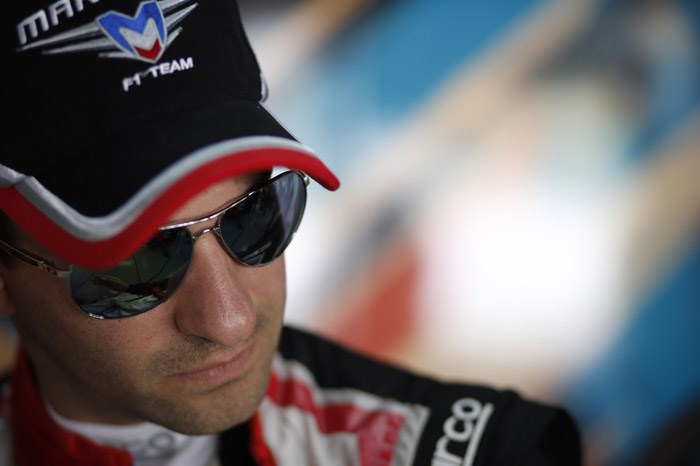 Timo Glock's future with the Marussia Formula 1 team has been thrown into doubt after the German was quoted on Sunday as saying he was leaving the outfit.

A report on the website of the GermanSport Bild newspaper stated that Glock and Marussia had agreed to part terms by mutual consent, and that an announcement would be made on Monday.

It quoted Glock as saying: "I have had three great years at the Marussia F1 team. We part on amicable terms. I want to find new challenges for myself and continue my journey in motorsports."

No one at Marussia was available for comment on Sunday night to confirm or deny the report.

Glock joined Marussia at the start of its F1 adventure in 2010. Despite early frustrations with the competitiveness of the outfit, he signed a three-year deal in the middle of 2011 to remain on board.

That was supposed to have kept him at the team until the end of 2014, and he said last year that committing for such a length of time was essential for keeping morale high at the outfit.

"Signing up showed everyone that I was behind the team, and trying to move forward," he said.

"Don't be negative, just try to be as positive as possible - which is not easy. With a 22nd qualifying position, five seconds behind the top guys, you can't tell people this is positive. And that's sometimes difficult."

Marussia has signed rookie Max Chilton for this season and, if Glock leaves, it would most likely need to find a more experienced team-mate to work alongside him.